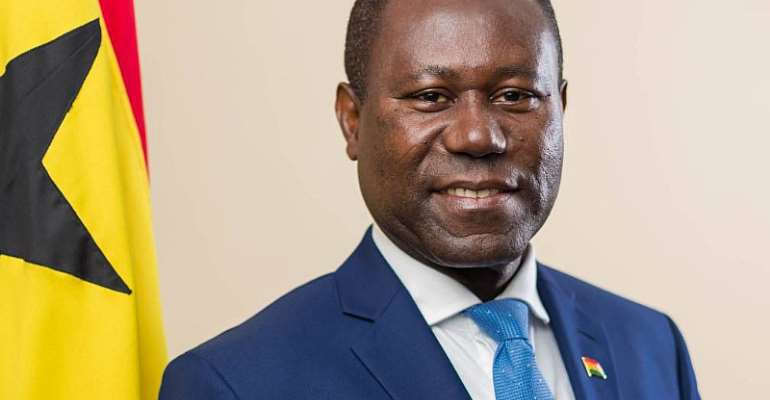 CHIEF Executive Officer (CEO) of Ghana COCOBOD, Joseph Boahen Aidoo, has allayed the fears of farmers whose cocoa trees shall be cut down for replanting, giving them an assurance that government will compensate them.

According to him, as part of government's intervention to increase cocoa yield in the country, cocoa trees from 25 years and above are going to be cut down; subsequently, farmers will be supplied with new seedlings for replanting. As a result, about 10,000 hectares of cocoa farmlands are going to be destroyed.

Mr Aidoo disclosed this to journalists yesterday in Sunyani as part of his three-day tour of the Brong Ahafo Region to ascertain the effectiveness of policy interventions that his administration has introduced in the cocoa industry since he assumed office as the CEO of Cocobod.

Mr. Aidoo assured tenant farmers not to fear losing their farmlands to their landlords when their trees are cut down. He said the situation would not deprive them of the land and income since government is going to compensate them for the period of hibernation which is likely to last for three years. As part of the programme, Cocobod will distribute new seedlings and other inputs to farmers whose farm will be affected.

According to the CEO, the industry is sourcing syndicated loan of 600 million dollars from the African Development Bank (ADB) and part of this loan is going to be used for the programme.

He explained: “This has become necessary because cocoa yield in the country has been dwindling due to many factors such as overage cocoa trees. Some of the farms are about 30 to 60 years and these are farms that have been bequeathed to children by their families. Due to overage cocoa trees, some farmers are only able to get three bags per acre, which is bad”. He added: “There are overage farmers who are still engaged in cocoa farming with the youngest farmer being 54 years. This is bad for the industry”.

He therefore implored the youth in the country, especially graduates, to venture into cocoa farming since government would support them with loans. He gave the assurance that with interventions like hand pollination, mass pruning of cocoa trees (farms), early spraying and irrigation, cocoa production would improve.

Mr. Aidoo was accompanied by Vincent Okyere Akomeah, Director in charge of Research, Marketing and Evaluation, and Agyemang Dwomo, the Executive Director of Cocoa Research Institute, among other high profile executives.