Aluminum Found In The Brain Of Deceased Diagnosed With Autism 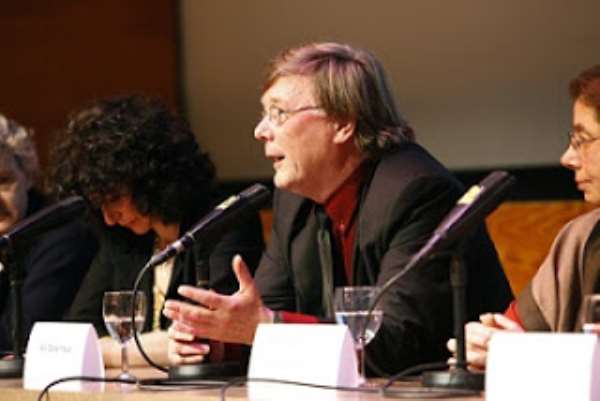 Professor Chris Exley of the Birchall Centre, Lennard-Jones Laboratories, Keele University, has been studying the toxic influence of aluminum on the human body for more than thirty years, especially on the brain.

He has built a worldwide reputation because of the startling results of his research. Recently, Exley published another study in which he found that high doses of aluminum have been observed in the brains of people who have died and have previously been diagnosed with autism.

Another scientist at the at the University of Stirling, with a Ph.D. in the ecotoxicology of aluminum, independently meets the same results. This discovery is of great importance.

How did aluminum enter the brain? Could it have anything to do with the aluminum contained in vaccines? Is spray in well-perfused muscle tissue reaches the brain via the bloodstream?

Those two main questions became subjects of concern on November 27, 2017. As part of the aluminum conference, the state of international scientific knowledge was organized by the E3M association in the palace of Luxembourg.

Professor Exley's career starting in 1984 till present and has focussed on an intriguing paradox; “How come the third most abundant element of the Earth's crust, aluminum, which is non-essential and largely inimical to life, enters our body?"

Investigating this mystery has required research in myriad fields from the basic inorganic chemistry of the reaction of aluminum and silicon to the potentially complex biological availability of aluminum in humans.

Exley, an authoritative scientist, is also fascinated by the element silicon in relation to living things which, as the second most abundant element of the Earth's crust, is also almost devoid of biological function.

Other topics which meet Exley's attention are; “Aluminium and Alzheimer” and secondly “Aluminium toxicokinetics.”

She performed this extensive study at the University Medical Center Utrecht University the Netherlands, by using two groups: children aged 9 and young adults.The results show that an extra vaccination at 9 years of age increases the defense against whooping cough for only a very limited period.

With this conclusion the start of the whooping cough vaccine, people have looked for improvements and adjustments have been made because the vaccine did not give the intended results.

History of a bad-working vaccines
In the Netherlands in 1999, babies are vaccinated a month earlier and they will receive the first inoculation with 2 months. But in 2001, it is decided for children to receive an additional vaccination at the age of four.

Because of repeated problems and side effects in 2005, the Dutch government decided that the cellular whooping cough vaccine, containing whole killed bacteria, should be replaced by a cellular vaccine, which contains purified pieces of the bacterium.

According to the Dutch medical authorities, amongst them, the most discredited Prof. in the Netherlands, Dr. Ab Osterhaus, expected a higher effectiveness and a lower chance of side effects.

But, the increase in the number of whooping cough cases is caused by the fact that the resistance generated by vaccination diminishes and because the bacterium has become more resistant to vaccination.

This is evident from the Dutch RIVM institute monitoring of whooping cough in the Netherlands over the period 1989-2014.

The remaining question is, is an 'extra vaccination against whooping cough the solution? The effect of whooping cough vaccine is still flawed and the definition of 'long-term' protection seems inappropriate in this context.

The recent effort (March 22, this year) of Dutch Secretary of State Paul Blokhuis, Ministerium of VWS, is soon bearing fruit. He stated that supplying the whooping cough vaccine to all pregnant women would be "really another branch of sport."

And to our knowledge, that decision will depend on the feasibility, and costs will be eminent of course. Further research into safety, risks, short-term side effects, does not appear to be a point of attention for policymakers and pharmacists.

Again there is no mention in the news of the government about the fact that it is always a combi-vaccine (diphtheria-pertussis-tetanus and polio), despite the Italian report about thousands of soldiers who became very ill because of these multiple vaccinations.

Pregnant women are left in the delusion that they are merely a 'whooping cough' while they are being injected with pathogens of four different diseases plus additives. Of course, the unborn fetus is also exposed to this.

The program points are actions to convince policymakers of the benefit of reimbursing the vaccine recommendations for a universal child vaccine strategies to reach the public on a massive scale. To realize these objectives, ESWI will bring together key opinion leaders from all EU member states.

In April 2009, some journalists interviewed medical researcher-author, Patrick Jordan, and Dr. Rebecca Carley, at the beginning of the swine flu outbreak. Both guests made similar claims about an intentional depopulation program by the global elite.

Dr. Carley and Patrick Jordan pointed to the H1N1 flu vaccine claiming it would be the primary catalyst in depopulating the world and that the cure would be far worse than the disease.

Patrick Jordan’s research uncovers a three-vaccine system that the elite have developed. The first inoculation turns off white blood cells (the immune system); the second inject viruses, and the third switches the immune system on again.

In the middle period, viruses are expanding around the body, but the person doesn’t feel sick, because the immune system is not fighting them. When the immune system kicks in again, it unleashes such an assault on the virus cocktail that it kills the body.

This is known as a cytokine storm when the immune system is so overwhelmed that it sends too many antibodies at the same time to infected areas of the body and the body kills itself.

The World Health Organization and the ESWI of Ab Osterhaus have asked for live swine flu virus to be in the vaccine and it is quite possible that they will expand and increase the strength of the virus through the vaccine.

The WHO website says: ‘In view of the anticipated limited vaccine availability at global level and the potential need to protect against “drifted” strains of a virus. SAGE recommended that promoting production and use of vaccines such as those that are formulated with oil-in-water adjuvants and live attenuated influenza vaccines was important.

The WHO advisory board and Ab Osterhaus on vaccination policy include executives from Baxter and Novartis. Baxter International said it will be shipping swine flu vaccine worldwide by the end of July and the potential profits are fantastic, but it’s not primarily about money.

It’s about a long-planned mass-culling of the human population and the microchipping of every man, woman, and child.

Symbolic photo? 'Topvirologist' Ab Osterhaus in the 'twilight zone'? Ab Osterhaus, the man who should advise the Dutch government in a neutral way. But at the same time, he is the international president of the vaccine lobby.

Brought the Netherlands into deep fear by comparing the Mexican flu with the 'infamous Spanish flu, in which - estimated - about 20 to 100 million people died ...! At least one thing increases namely, his shares in the vaccine industry.