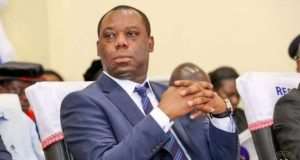 The Conference of Heads of Private Second Cycle Schools (CHOPSS) is unhappy with the Government's absorption of 15 private schools under the Free Senior High School Policy.

The Education Minister, Dr. Matthew Opoku-Prempeh revealed on Monday that 15 private schools had been absorbed to improve the infrastructure deficit.

But General Secretary for CHOPSS, Joseph Dzamesi, said the 15 schools had essentially given up because of the lack of student intake.

“…Absorbed meaning these are headmasters who have given up. They don't have students in their classrooms so they have given up control, facilities and everything to the government to run, ” he told Citi News.

Mr. Dzamesi stressed that the private schools are looking for a partnership, not to cede control of their schools.

“They [absorbed schools] have become government schools just like Achimota Schools or some mission schools that have been given to government to run. So that is not what we are talking about. We are asking for partnership and they have thrown that away completely.”

“We presented proposals to government and as far as I know, none of the proposals were taken,” he added.

The Education Minister has explained that any form of collaboration with private schools requires more time and engagement.

The Ghana Education Service has a committee that assesses the infrastructure level of the private schools and their human resources before any possible partnership or absorption can go ahead.