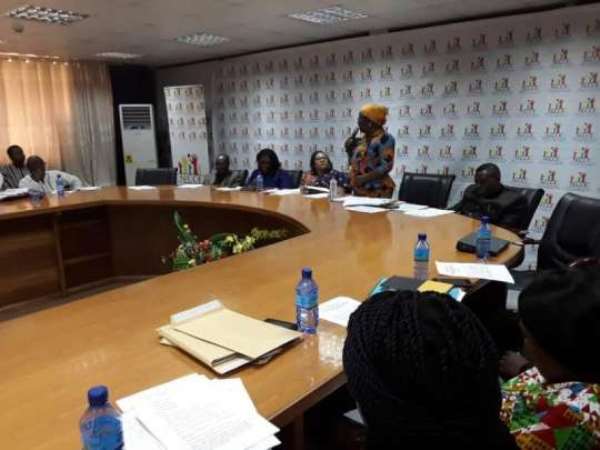 The Ministry of Local Government and Rural Development on Tuesday engaged the National Commission for Civic Education (NCCE) on the implementation process of the election of Metropolitan, Municipal and District Chief Executives (MMDCEs) on partisan basis.

The engagement was to take the NCCE through the processes for them to know and seek their support to carry out their mandate in educating the Ghanaian public on the issue.

The processes, which is designed in phases with activities to be implemented on annual basis, will run from 2017 to 2021. They are, pre-referendum, referendum and post-referendum activities.

A successful implementation of the roadmap would culminate in a referendum in September 2019, leading to the maiden MMDCEs' election by June/July 2021, and their subsequent swearing in by August, 2021.

Hajia Alima Mahama, the Minister of Local Government said, there was the need for a change in the mode of appointing MMDCEs, which has been a deficient in Ghana's democratic governance by various reports.

She referred to the Constitutional Review Committee's (CRC) report which called for a change in the manner of appointing MMDCEs in accordance with the new democratic dispensation.

Hajia Mahama also revealed that a recent Afrobarometer report (2017) by the Centre for Democratic Development (CDD) Ghana; said the NCCE survey and the various African Peer Review Mechanism (APRM) reports showed that majority of Ghanaians were in favour of the election of MMDCEs.

She said the New Patriotic Party (NPP) in its 2016 election manifesto promised to elect MMDCEs to close the deficiency gap, deepen local democracy and bring good governance to Ghanaians.

The Minister also indicated that President Nana Addo Dankwa Akufo-Addo gave firm instructions and commitment to have MMDCEs elected at both Cabinet and in the 2018 State of the Nation Address.

She said opposition political parties such as the National Democratic Congress, The Progressive People Party, Convention Peoples Party and the Peoples National Convention in their manifestos indicated same.

Hajia Mahama, who is also the Member of Parliament (MP) for Nelerigu Gambaga said, the election would promote democracy by affording local people the opportunity to choose their own leaders, giving meaning to popular participation in governance.

'This would ensure security of tenure for MMDCEs, once elected - reduce tension by MMDCEs and Members of Parliament and reduce exclusion and 'winner takes all syndrome' by deepening democracy.

The Minister said pre-referendum activities undertaken in 2017 were the establishment of Election of MMDCEs Committee and the Review of the Legislations and Preparation of Background Documents.

She said in 2019 a bill on the election of MMDCEs would be sent to Parliament for first reading; paving the way for the referendum in September 2019, alongside the District Level Elections.

Hajia Mahama also explained that Article 290 (4) requires that; at least 40 per cent of persons entitled to vote, voted at the referendum and at least 75 per cent, who voted, cast their votes in favour of the Bill.

'The Bill is approved, Parliament shall pass it. The Bill so Passed by Parliament Shall be assented to by the President,' she said.

The Minister said post referendum activities in 2020 would include; the amendment of key consequential laws such as Article 242, 243 and 248 of the 1992 constitution, Local Government Act 2016, (Act 936) and the Constitutional Instrument (CI) on District Assembly Elections.

She urged the media to support the orientation, sensitisation and education of citizens on the referendum.

'The President has taken a bold initiative to give out part of his power to ensure that our democracy is deepened at all levels. Let us all join him to successfully deliver on this important democratic principle,' Hajia Mahama said.

Mrs Josephine Nkrumah NCCE Chairperson said, there was no time, in terms of education and dissemination of information about the election, and that, both institutions with immediate effect, must meet to strategize on how to start the programme.

The Chairperson of the NCCE said, her outfit was already educating the public on the topic at every platform they found themselves.

She however said, the commission was faced with logistical and resource problems, and that, she has no doubt that the Ministry would support the commission with some resources. GNA