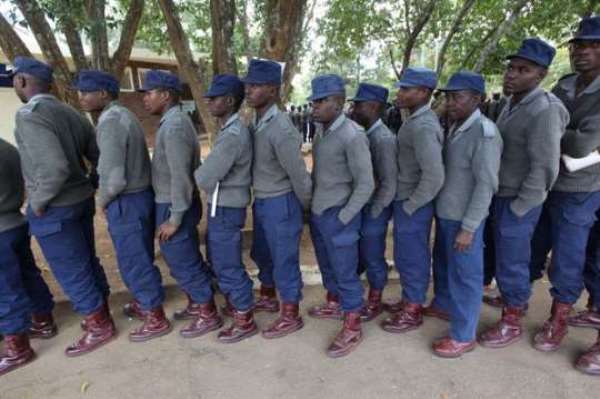 Police have since arrested at least 27 people following the violent protests. The suspects are expected to appear again in court Tuesday for a bail ruling. Among the nine senior leaders wanted by police on allegations of inciting their supporters to engage in the violent protests are Tendai Biti and party chairperson Morgan Komichi. "They are wanted by the Criminal Investigations Department (CID) participating in a gathering with intent to promote public violence, breaches of peace or bigotry," said CID spokesperson Portia Chinho. Meanwhile, the opposition MDC Alliance, which is rejecting the election results, claims that Zimbabwean authorities have intensified a crackdown on its officials and supporters in the aftermath of the July 30 elections that were won by incumbent president Emmerson Mnangagwa and his ruling ZANU-PF party.

The opposition party is claiming that its supporters in some high-density suburbs of Harare are being abducted, beaten up or harassed by unidentified armed men for voting for the opposition and causing last week's deadly protests.

However, foreign affairs minister Sibusiso Moyo has dismissed the claims as false, saying the country's military was a well-trained and disciplined force. "In Kuwadzana and Dzivarasekwa, government is not aware of any beatings or abductions so far as has been reported. All what we are realizing is that there is a lot of misinformation that is coming out from social media," he said in his address to diplomats and international bodies accredited to Zimbabwe on the political situation in the country. MDC Alliance leader Nelson Chamisa has said he will use legal and constitutional means to challenge the election results. Mnangagwa won by 50.8 percent, beating his nearest rival Chamisa who garnered 44.3 percent. According to the Zimbabwe constitution, Mnangagwa is due to be sworn in after nine days from the announcement of the election result.

Covid-19: Some recovered victims having erectile dysfunction...
16 minutes ago