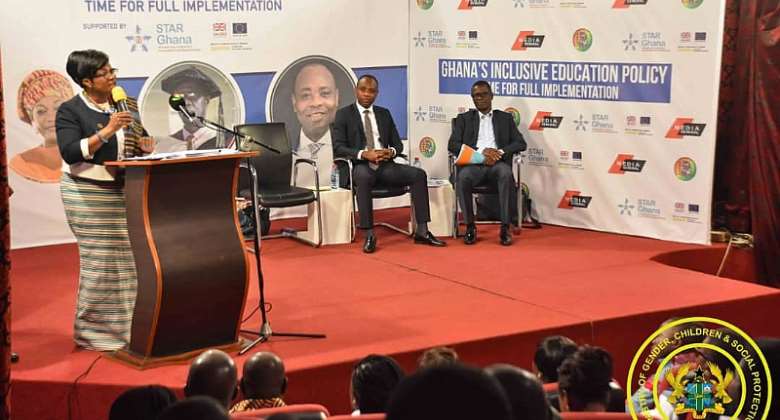 The Ghana National Education Campaign Coalition (GNECC) is asking government to increase funding to at least 2percent of the education budget for the effective implementation of the Inclusive Education (IE) policy by end of 2018.

The Coalition indicated that the Inclusive Education (IE) Policy and Minimum Standards and Guidelines were developed by Special Education Division (SpED) of Ghana Education Service (GES).

It added that the Minimum Standards and Guidelines and the implementation plan were completed, duly launched and adopted by the MoE in May, 2016.

However, the scope of the implementation is still lower and limited to fewer districts.

Speaking at a policy dialogue meeting organized with Media General under the theme, “Ghana's Inclusive Education Policy: Time For Full Implementation," the Executive Chairman of GNECC, Bright Appiah said the reason for the increment of budget allocation is to ensure the effective implementation of the inclusive education policy to provide access to quality education for all children with disabilities without hindrance.

He noted that the number of segregated schools has remained static as there has been little effort to expand them to meet the demands of the ever increasing population of children with disabilities.

Bright Appiah indicated that most children with disabilities within rural communities are denied access to quality education as a result of inadequate and inaccessible nature of public schools.

To address the challenges, he posited that aside the 2percent increment of the budget allocation for effective implementation, government should expand the policy across all districts in the country.

He indicated that the Coalition has simplified the Inclusive Education Policy and disseminated to key stakeholders across the country.

“Over 4,000 posters have also been distributed to the general public to create awareness. A public lecture and other events have been organized to sensitize the general public on the Inclusive Education Policy,” Mr. Appiah stated.

Delivery the keynote address, the Minister for Gender, Children and Social Protection, Madam Otiko Afisa Djaba said the determination by stakeholders calling for a scale up throughout Ghana is commendable.

The Gender Minister noted that 10 regional assessment centres have been established with number of Assistive Devices and Screening Materials worth over US$100,000.00 provided to SpED (USAID collaborated).

We warned gov’t against reckless borrowing, wasteful spendin...
38 minutes ago