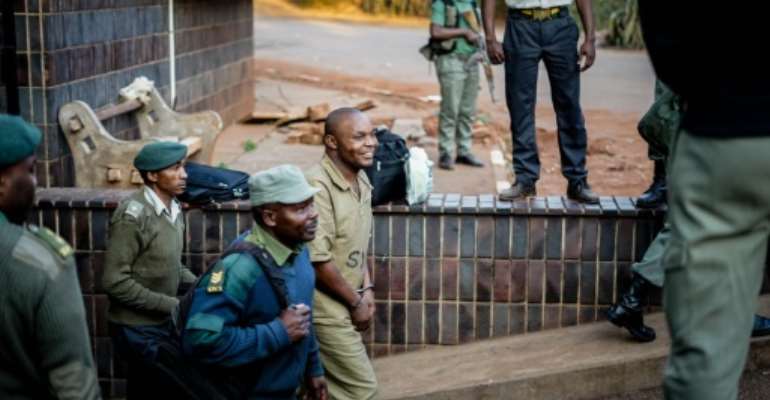 A supporter of the Movement for Democratic Change (MDC) opposition party is escorted to a prison truck outside the magistrate's court in Harare on August 6, 2018 after 27 were arrested over alleged links to post-election violence. By Zinyange AUNTONY (AFP)

President Emmerson Mnangagwa, declared winner of the historic first elections since the downfall of Robert Mugabe, has vowed to protect rights since his re-election but the opposition say their members have been targeted.

"We are very pleased obviously that they have been released," defence lawyer Denford Halimani told AFP following the hearing at Harare's magistrates court.

Prosectors had opposed bail, saying the accused -- 19 men and eight women -- were "linked" to the deaths of six people when the army opened fire on opposition supporters protesting against alleged election fraud.

At least five of the accused are polling agents who had been visiting MDC headquarters to hand in polling returns and collect travel expenses, according to the defence.

Halimani said that the 27 were required to post bail of $50 (43 euros) and have to report to Harare police station on Friday, but were not forced to surrender their passports. 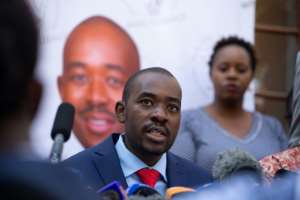 "The magistrate said the state seemed not to be prepared," he said, adding that they would return to court on September 4 for a bail review.

"We have advised them to lay low and not to engage in any activities that might result in other charges. This system thrives on harassing people."

The 27 denied the charges.

Wednesday's bloodshed sparked an international outcry and raised grim memories of post-election repression under Mugabe before he was ousted last year.

Mnangagwa has accused the MDC -- the Movement for Democratic Change (MDC) -- of fomenting the unrest, but also said he would set up an independent commission to investigate the killings.

The MDC has also accused the security forces of abducting and beating opposition activists and their families since the knife-edge election result was declared early Friday.