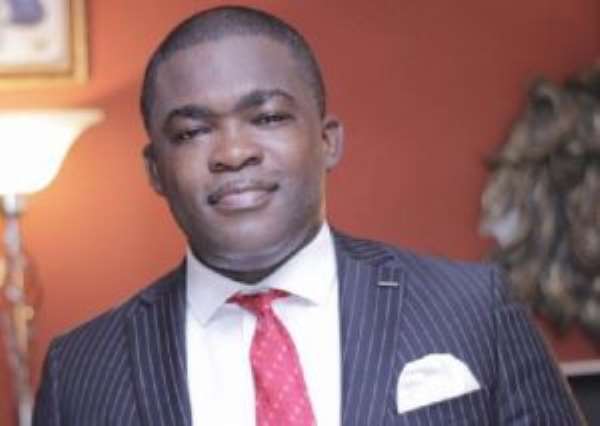 Public Relations Officer for Energy Ministry, Nana Damoah has said his life is under threat.

Mr. Damoah on Eyewitness News alleged that he has been receiving death threats from government Spokesperson on Legal Affairs, Herbert Krapa.

He believes these threats are related to his comments on controversial Ameri deal which has reportedly been withdrawn from Parliament.

“Earlier in the day, I have received some messages that I considered a little bit troublesome. I attempted to reach out to the person who had sent this message to me which came via WhatsApp and indicated to him that what he had sent to me was very worrisome and troublesome, but he has refused to get back to me.

“I reached out to several people in the party complaining that this matter is quite serious in terms of my personal security and so some actions should be taken, but I did not hear anything in return. These threats are coming from Herbert Krapa. I have been in contact with Herbert Krapa since our days at the Danquah Institute. I very much know his number, and I am not sure he can deny he sent those messages,” Mr. Damoah said.

Giving details, Mr. Damoah said: “Krapa sent me a message that I should stop spreading falsehood against Mr. Gabby Asare Otchere Darko, and if I do not, there will be a showdown.”

He has since reported these threats to the Police.
The John Mahama administration in 2015 signed a contract with Africa and Middle East Resources Investment Group (AMERI) Energy, to rent the 300MW of emergency power from AMERI.

This was at the peak of the country's power crisis.

But according to the Akufo-Addo administration, it found out that AMERI had shortchanged the government as they presented an overpriced budget, and were overpaid by $150 million.

Under the new agreement, Mytilineous International Trading Company will take over the management of the AMERI power plant for 15 years.

The new company has offered to pay AMERI an amount of $52,160,560, with the government paying the remaining $39 million to the Dubai-based AMERI Energy to wash its hands off the deal entirely.

The new deal which was sent to Parliament under a certificate of urgency was withdrawn after Ghanaians raised concerns about the cost.

Meanwhile the Energy Minister, Boakye Agyarko has been dismissed. A statement from the presidency did not state why he was sacked but reports indicate that it is related to the controversial deal.