By Dr. Eric Akobeng, An Economist 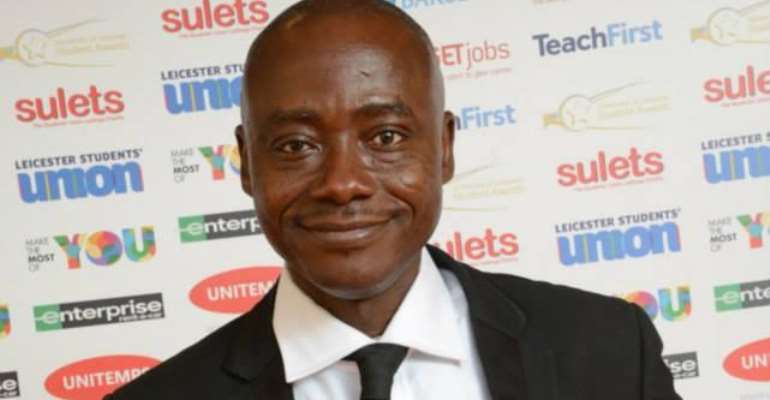 The inability of revenue authorities to set challenging revenue targets has adverse implications for the economy that result in the government's inability to meet expenditures. Revenue authorities set low targets so that they cannot be blamed for not achieving such targets.

The Ghana Revenue Authority (GRA) is charged with the responsibility of collecting tax from individuals and companies with optimum efficiency as enshrined in the Revenue Authority Act, Act 791. The Local Government Act 936 and the 1992 Constitution give the Metropolitan Municipal and District Assemblies (MMDAs) power to generate revenues from rates, fees and tolls to finance their development projects.

The value for the revenue target is mostly based on the previous year’s figures and sometimes when the Ministry of Finance introduces a new tax they include the estimated figures expected to be collected.

This implies that the contribution of the informal sector to total tax revenue is below 5%, creating a huge gap in the national revenue generation. This information reveals that there is a significant gap between the revenue target and what the economy can ideally offer as revenue.

It is commendable for the government to put in place the necessary reforms to support revenue mobilization, such as the issuance of a National ID Card, Tax Identification Number, National Digital Property Addressing System, Digitalization of the Drivers’ Licence and Vehicle Registration. Such digitalization can help reduce human involvement and the risk of collusive action in evading taxes.

But we should not institute these reforms just because other countries are doing so. There is the need to ensure harmonization of all these systems and link them appropriately to revenue collection for the country to benefit substantially from them.

There must be proper alignment so that people who evade taxes will be unable to deal with vital institutions such as the Ghana Revenue Authority, Registrar-General’s Department, the Registrar of Co-operatives, Controller and Accountant-General, Passport Office, Driver and Vehicle Licensing Authority, Ghana Immigration Service, Metropolitan Municipal and District Assemblies, Ministries, and Departments and Agencies.

The collection of property taxes is one area of revenue that the MMDAs could strongly pursue. The District Assemblies are sitting on gold and yet begging for bauxite.

The property tax collection is low partly due to insufficient valuation capacity and the high cost of valuation. To enhance efficiency both in the valuation of properties and revenue collection process from this source, the GRA must collaborate with the Ministry of Local Government and Rural Development to support the 254 MMDAs in the assessment and collection of property taxes.

The Ministry of Local Government and Rural Development must also assist MMDAs to collect data to determine their revenue collection potential. We can also use some of the employees under the Nation Builders Corps programme and National Service Scheme for data collection and analysis on businesses.

The database can help Assemblies to set realistic revenue targets. This will also help the Administrator of the District Assemblies Common Fund in deciding on the 6% revenue improvement factor in the allocation of the fund to MMDAs.

With efficient revenue administration, we can reduce the budget deficit that lies at the bottom of macroeconomic stability in Ghana.