KIA's Terminal 3 One Of The Best In The World 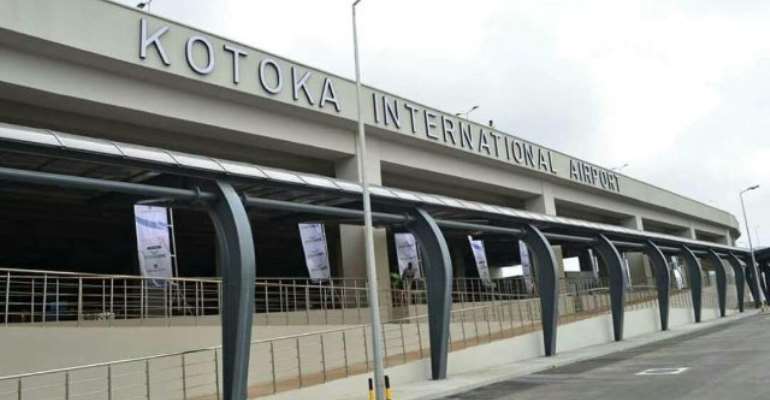 Travellers who have transited the Kotoka International Airport (KIA) to other first-class airports have always looked forward to the day when Ghana will boast of the state-of-the-art facility.

Issues of poor ventilation, difficulty in climbing the staircase of aircraft with hand luggage and challenges in having to struggle with checked-in bags while descending for customs clearance at the arrival hall have been the regular experience of passengers. These hurdles will soon be over as the state-of-the-art Terminal Three will be operational. 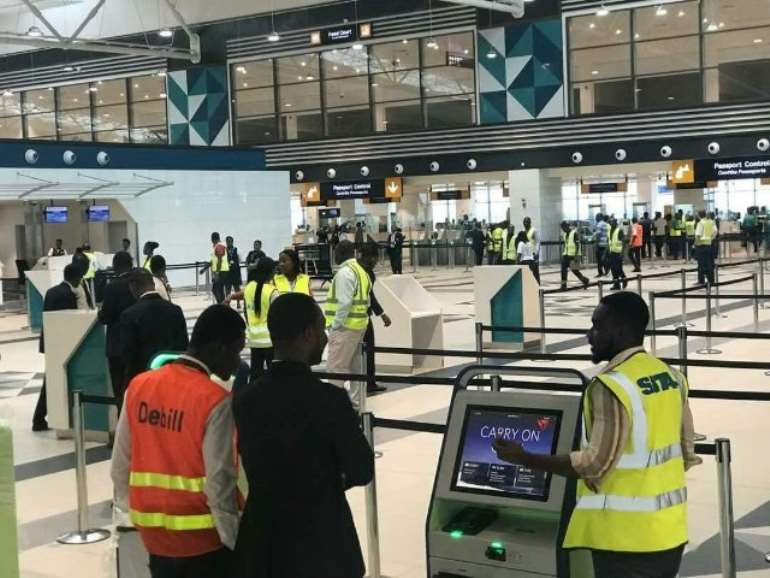 A total of 1,250 passengers can be processed per hour. The facility also has an additional 7,000 square metres retail area.

The new terminal, which has five levels spreading across a land size of 48,268 square metres, has six boarding bridges, seven links which are expandable to eight in the near future, four 80-metre long electronic carousels, a 707-capacity parking lot and a new road network. MAPA Construction MNG Holding of Turkey constructed the new terminal.

Departures
A team from the Daily Graphic toured the facility on July 31, 2018, to assess its readiness to host aircraft and passengers across the globe.

Pockets of airline staff and security details were spotted undergoing training exercises at the various gates to acquaint themselves with the new facility. 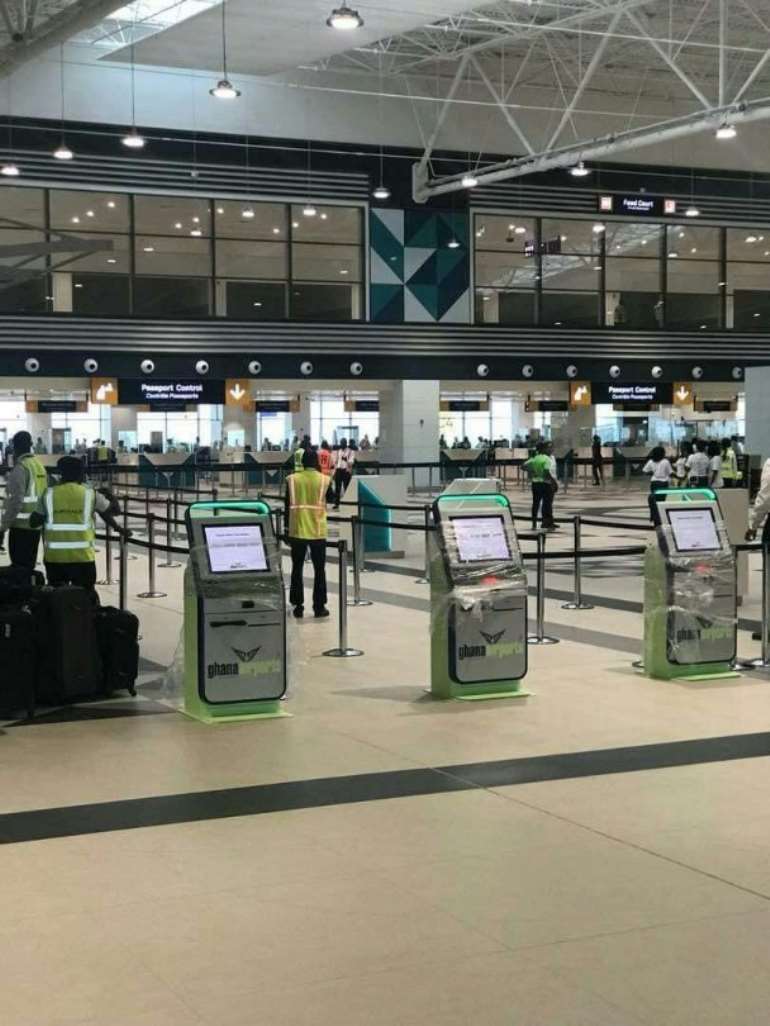 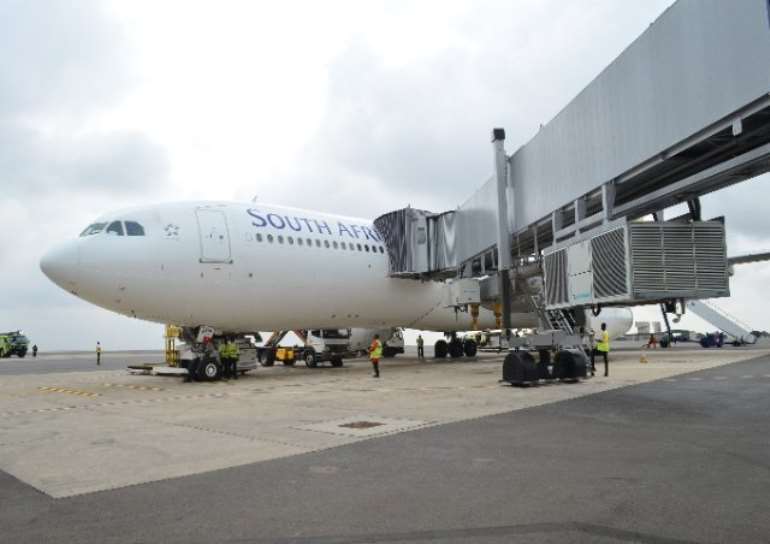 CIP
A Commercially Important Person (CIP) passenger lounge facility, which can host 50 people, has been added to the new facility.

The key objective of the CIP is to offer specialised and luxury services to passengers who anticipate more comfort during their arrival and departure formalities at a fee. 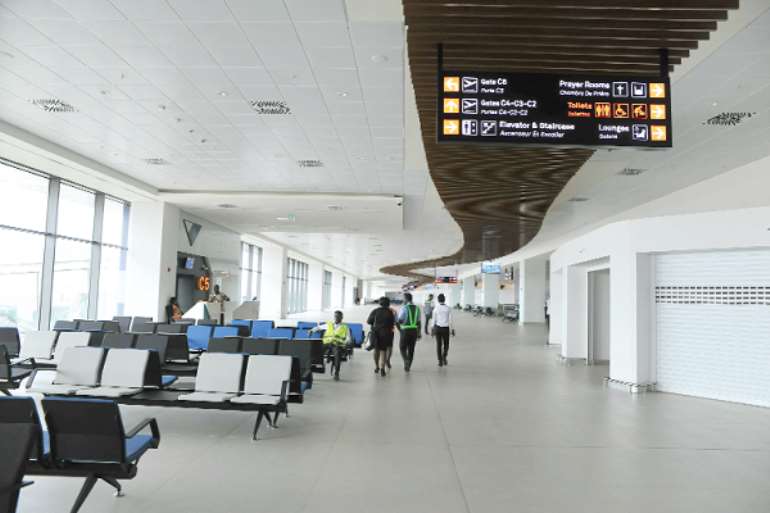 In an interview with the Daily Graphic, the Managing Director of the Ghana Airports Company Limited, Mr John Dekyem Attafuah, said the CIP offered a unique travel experience with enhanced privacy and personalised assistance from curbside to airside.

Mr Attafuah explained that help agents had been trained to cater to the needs of first-time passengers who might find it difficult accessing e-services.

Target market
The CIP lounge will be accessible to all passengers travelling through KIA regardless of ticket class or airline. It is available to corporate organisations that want personalised travel facilitation for senior and middle management, families looking for privacy and personalised assistance from the curbside to the airside, as well as business travellers needing privacy to conclude business meetings. 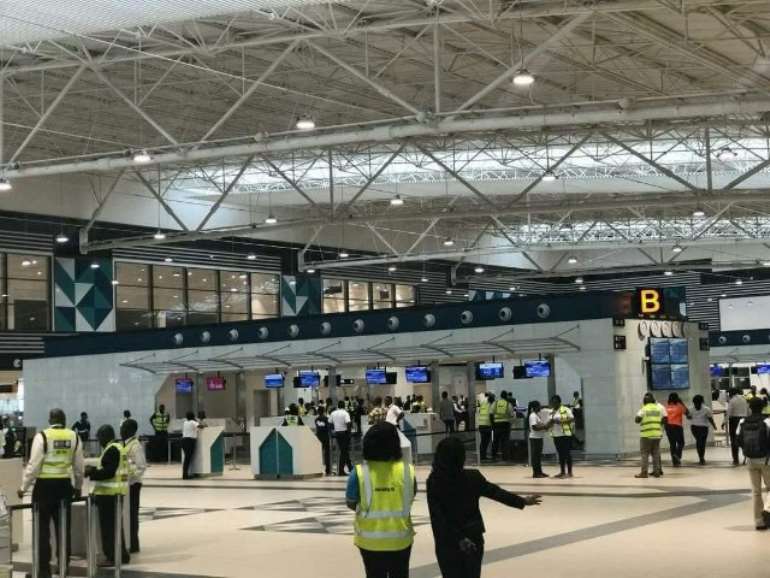 A key operating feature of the CIP service is that it will be a subscribed, pre-booked and pre-paid service, Mr Attafuah explained, adding that “patrons will be able to subscribe on a quarterly, half-yearly and annual basis”.

More jobs
Mr Attafuah told the Daily Graphic that President Nana Addo Dankwa Akufo-Addo was expected to inaugurate the facility before the end of October 2018.

He said the project would position KIA as the lead airport in the sub-region and further illustrated that “it feeds into the government’s vision of making KIA the aviation hub in the West African sub-region”.

He said more jobs would be created when the facility opened for business before the end of 2018. 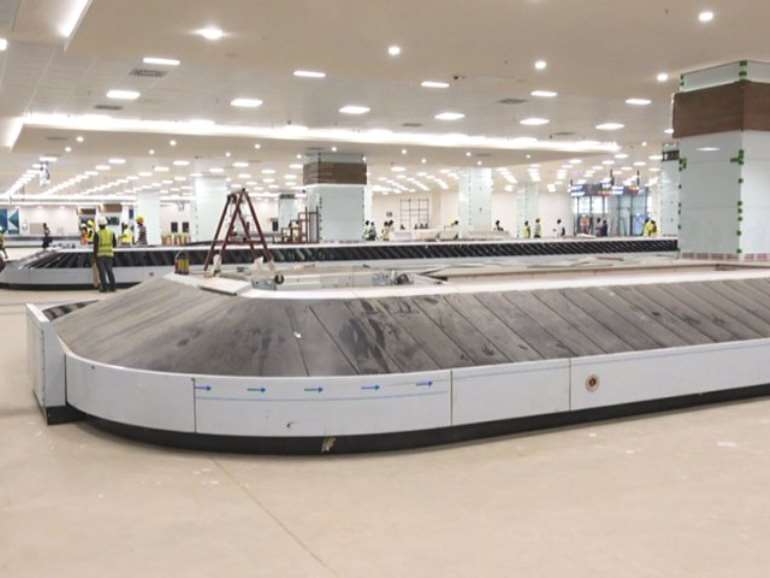 Terminal Three, he disclosed, also offered an opportunity for new airlines to operate from Ghana.

Mr Attafuah said Ghana’s resolve to attract more airlines to operate from Ghana was one of the reasons which had led to the recent organisation of the Route 12 conference in Accra.

“We should be able to develop new routes to new destinations. We are currently looking at attracting investments from China and South America,” Mr Attafuah disclosed.

Mr Attafuah was particularly grateful to Delta Airlines and South African Airways for allowing their aircraft to land at the new terminal as part of the trials. 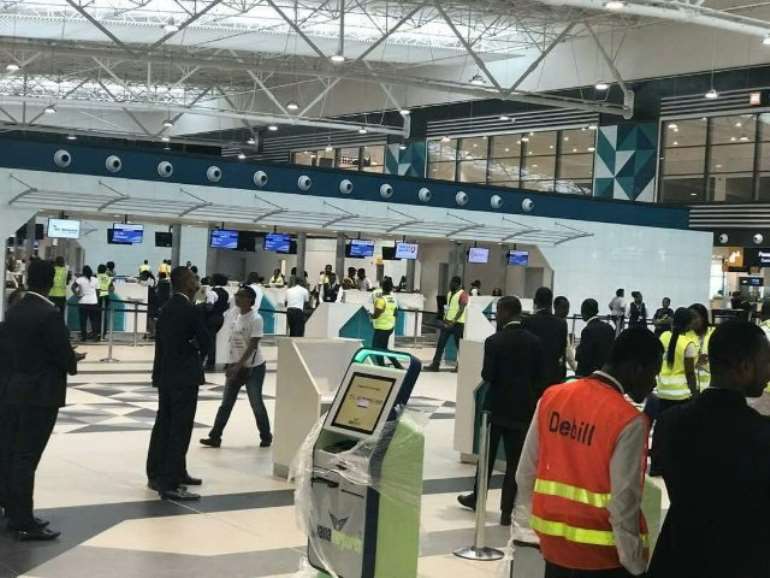 Old terminal
With reference to the old terminal, Mr Attafuah said it would be converted into domestic use.

According to him, the old terminal’s runway was only 40 per cent utilised and for that reason, there was more room for new airlines to derive maximum benefit.

“We need to get new traffic for cargo, passenger and private charters and we are, through the able leadership of President Akufo-Addo, the Minister of Aviation, Mrs Cecilia Dapaah, aiming to achieve that,” Mr Attafuah stressed.

Excitement
The Daily Graphic interviewed a few passengers who have had the opportunity to use the new terminal. They expressed excitement that Ghana could now boast of an airport which met international standards.

The new terminal, when it begins full operation, will give passengers extra comfort and their money’s worth.

It is hoped the new terminal will operate at an optimum level to be able to service the $250 million that was acquired to put it up.