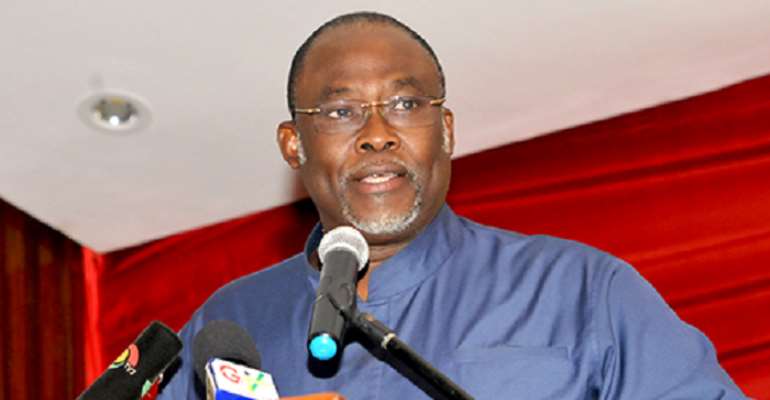 A flag bearer aspirant of the National Democratic Congress (NDC), Dr Ekwow Spio-Garbrah has insisted that when given the opportunity to lead the country, he would not simply create ministries as a means of giving ‘jobs to the boys.’

The former Minister of Trade and Industry, who made an appearance on the ‘After Hours’ show on TV3 also criticized President Akufo-Addo for appointing 110 ministers as well as for the creation of Ministry of Aviation, Ministry of Special Development, Ministry of Zongo Development among others.

“You won’t find Ministry of Aviation in the US where at any time there will be 10,000 planes flying in the air or any other OECD or developed country,” he argued.

Dr Ekwow Spio-Garbrah, also rejected comments which seemed to suggest that he endorsed Ex-President Mahama during the ‘Unity Walks’ in Aflao.

“I congratulated him in Aflao for having led the ‘Unity Walks’, which I said would lead to the NDC winning power in 2020. But some people felt that was an endorsement of him and I’ve said no, I was thanking him for leading the unity walks,” he stated.