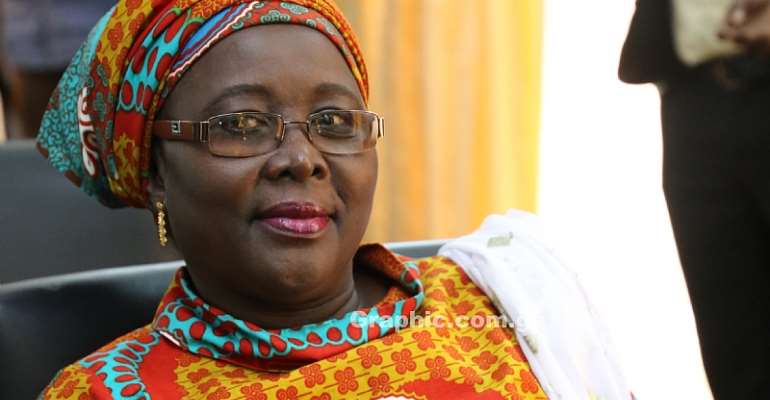 When Nkasei, the musical group, came out with their hit song, 'Yefri Tuobodom, Yen Capital town ne Jinijini' some years back, it raised eyebrows among the chiefs from the two towns – Jinijini and Tuobodom.

The chiefs claimed at the time that the young musicians had denigrated them and that they had portrayed the indigenes of the two towns to the outside world as uncivilised people, and, therefore, threatened to sue them (Nkasei).

Though the song, despite its negative connotation, brought the two towns into the limelight, as many television stations rushed to the towns to interview the people, the chiefs were still dissatisfied.

Unfortunately, after Nkasei's exposé, Jinijini and Tuobodom have not been in the news for a while, but the assembly members of the newly-created Berekum West District are bringing the name Jinijini back into the limelight.

The 27-member assembly, last week, refused to confirm Mr. Martin Obeng Adjei as DCE after they took GH¢2,000 each as 'confirmation cash' from the retired educationist.

The nominee lamented that he was made to fork out a whopping GH¢54,000 to grease the palms of the members of the house for confirmation, but was ditched.

Although some members of the house have denied receiving the 'confirmation cash' as claimed by the nominee, the entire house, however, insists that any time the President nominates a person from Jinijini, they would vote against him or her.

Speaking to The Chronicle in Sunyani, one of the six government appointees in the assembly, Mr. Alex Obeng, said, as an appointee, he would always vote for anyone the President nominates, but the entire house would never endorse a nominee from Jinijini.

“Politically, as a government, I would always endorse the President's nominee, but frankly speaking, a nominee from Jinijini can never secure the needed votes to become DCE,” Mr. Obeng observed.

He explained that apart from the DCE position, which is yet to be occupied, every other position in the district and constituency is occupied by a native of Jinijini.

In fact, the 74-year-old retired journalist and businessman, who is a Council of State Member, is the biological father of the Berekum West MP, Mr. Agyenim Boateng.

According to the Mr. Obeng, the majority of the 17-member Berekum West Constituency Executives of the ruling New Patriotic Party (NPP) are also from Jinijini.

“From the foregoing, it very clear that the Berekum West District is becoming a Jinijini affair, for which reason eleven out of the nineteen chiefs in the district have petitioned the President not to nominate a DCE from Jinijini,” he said.

In the view of Mr. Obeng, apart from the fact that the nominee does not look 'sharp' for the position of a DCE for a fresh district, Mr. Obeng Adjei has also done all his political activities in the Berekum East Constituency.

“The nominee is a government appointee in the Berekum East Assembly, the votes at Word of God Polling Station and resides at Mpataase, both in Berekum East, a situation which makes it difficult for assembly members, as well as chiefs and people of the community, to understand why the President would nominate him when he lacks backing from the Berekum West District,” the assembly members said.

Asked who they want as their DCE, Mr. Obeng replied that any of the two other candidates who were vetted for the position could be considered.

He mentioned Mr. Isaac Osei, a teacher by profession, and Mr. Clement Amofa, a failed parliamentary candidate, adding that both candidates are from Koraso and Nsapor respectively, or any other candidate from outside Jinijini is desirable for DCE.

“We know three candidates were vetted for the position of DCE, and the President nominated Mr. Obeng Adjei, but with the result not favouring him, we are now believing the President could fall on any one of the two remaining candidates, and we like any of them,” he told The Chronicle.

He polled 20 votes, representing 87%, of the 23-member Assembly, in an election supervised by the Electoral Commission.

Speaking after his confirmation, Mr. Abonkra thanked the President and the assembly members for the confidence reposed in him and pledged to work with every member of the district for accelerated development.

The Brong-Ahafo Regional Minister, Mr. Kwaku Asomah Kyeremeh, congratulated the new DCE and charged him to work with all the people in the District.

The position of the District Chief Executive became vacant, following the creation of the Pru East and West districts, with the current DCE moving to the Pru West District.