Reshuffle - A Subtle Agenda Setting Strategy By The Media 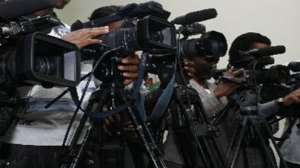 A very subtle but yet expected agenda setting by the media currently on going on social and traditional media trying so hard to push or justify the need for a so called reshuffle.

One wonders not why they are doing this now, but certainly not surprised of their actions given that they have certain interest in who leads what or heads which Ministry. Because they know what they want and how to get it even if it includes calling for reshuffle at the wrong or right time.

So you see them pushing so hard on radio and television as well as writing copiously and repeatedly on social media more than they would usually do just to forcefully drum home their agenda.

Like I said, you cannot blame them for protecting or protecting their selfish, parochial and personal interests. Journos hardly live by their pay alone in this country you know?

Where politicians pay for limelight mentions and television appearances more than they would spend on their families. You can always expect the journos to work around the clock to prop up their favorites or bring down those who don't pay solli or solidarity to solidify their positions.

We all know what these journos in this country are up to. This is part of their typical media Agenda-setting job which is their trump card to influence and place importance on particular topics of the public agenda which they will usually try so hard to bring from the back burner to the front burner for obvious reasons as I have indicated above.

With agenda setting being a social science theory, the media uses it to attempt to make predictions, assumptions and or presumptions to push a certain position calculated at achieving/reaching a certain aim which of course includes forcing change to happen.

That is, if a news item in this case, the so called "reshuffle in the air "is covered by them repeatedly/frequently and reported prominently as possible just so that the audience (Ghanaians) and of course, the decision maker ie the president in this particular case to will regard it as an issue of absolute importance for the people and feel obligated to act.

But frankly speaking, I seriously doubt the genuineness of the current call by the media for a reshuffle to be effected. I doubt their sincerity seriously.

One wonders whether this agenda setting reshuffle by the media right now is what is of prime importance to the Ghanaian people at the moment. But who am I to shout on them to stop?

Also, one wonders when this vociferous call for reshuffle now will help in solving the bread and butter issues of the people?

E/R: Body of missing Chinese man found in dam at Esaase
40 minutes ago