Fought to the Table: Talks with the Taliban 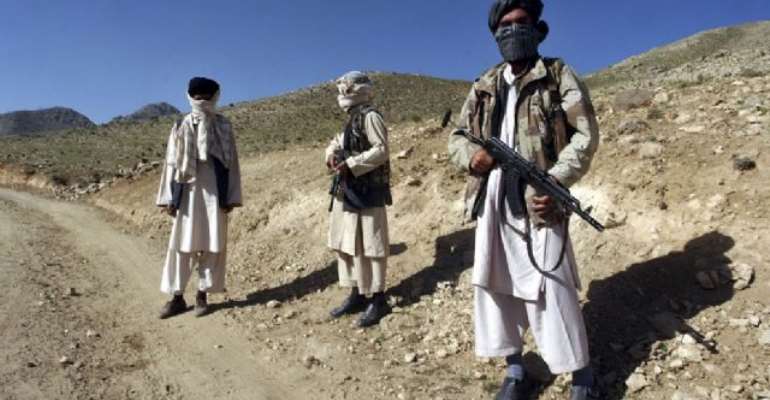 “Attempting to control rural areas in Afghanistan always eventually ends up boiling down to personal survival.”

It genuinely doesn’t matter how the security boffins within the Pentagon frame it: the Taliban have fought the United States, through sheer will of force and mania, to the negotiating table – at least in a fashion. Ever since a vengeful US took to the field in Afghanistan in an effort to redraw the political landscape in its favour, the country has been true to its historical record: drawing, draining and dispersing the manpower and material of an empire.

Washington’s longest war has taken the lives of 2,400 Americans and 30,000 Afghan civilians, a bloody sore that never dries. The US has 14,000 troops stationed in an effort to bolster a flabby, unconvincing Afghan military which is suffering weekly losses at a horrendous rate. The bloodletting has had its necessary demoralising effect, with the number of Afghan soldiers, police, pilots and security personnel dropping by five percent (18,000 fewer individuals) since last year.

The Special Inspector General for Afghanistan Reconstruction has become a regular font for bad news, at least for those punters backing the regime in Kabul. The Taliban and various other insurgent groups have been industriously committed, making gains exceeding those of January 2016.

Within Afghanistan lie 407 districts, with the government holding or influencing 229. The Taliban have a seemingly modest 59. What is significant is where the rest fall: the so-called “contested” category.

The strategy adopted against a thriving Taliban force is a tried and failed one. Even since the Soviet Union discovered that it could never genuinely control the rural areas with any conviction, let alone purpose, peppering areas of low population density with beleaguered military outposts, retreat to the urban areas has become the norm.

The current push from US planners is strikingly unvaried in imitation, insisting that Afghan troops do the same. First came the redux Soviet strategy adopted by the Bush administration: guarding outposts intent on re-establishing control and taking the battle to the Taliban in rural areas. By 2009, the focus had shifted: remote areas would no longer feature; the focus was, as a Pentagon document went, “protecting and developing the major population centres” in eastern Afghanistan.

Retired two-star Army General Paul Eaton, whose previous brief was to train Iraqi forces following the calamitous 2003 invasion of that country, has more than let the cat out of the bag: the US has run out of military solutions amidst the “significant loss of life, and blood and treasure.” It is “time to say that we need a political outcome.”

The basis of such a political outcome will involve encouraging the Afghan military to leave unpopulated areas with a focus on more heavily populated ones, seen by Eaton as “a rational approach to secure the cities, and provide the Afghanistan government the political opportunity to work with the Taliban.” Again, this is reminiscent of the prodding by the Obama administration in 2015 to convince Afghan commanders that various remote checkpoints were simply not worth defending, let alone reclaiming and holding.

The denials that this is the case have been forthcoming. Hamdullah Mohib, Afghanistan’s ambassador to the United States, is well versed enough in spin to suggest that the approach has nothing to do with conceding ground to the enterprising Taliban and surrendering rural areas to their control; the focus, rather, is to secure urban areas with a future aim on re-engaging rural communities.

This treacly deception ignores the point that a retreat from remote Afghanistan is a de facto defeat for the Afghan and US forces. The police forces left in place will become fodder for Taliban attacks; in some instances, negotiations are taking place between the local police and the Taliban. Survival is the aim.

True to erratic form, the Trump administration is attempting to adjust old and stubborn positions. The President had preferred a swift withdrawal and termination of the conflict but Defence Secretary Jim Mattis got to his ear, preferring a more conventional topping up of forces – an additional 4,000 troops in a last hurrah for a victory that never came.

Instead, new talks with the Taliban are being proposed. A few preliminary ones have already taken place in Qatar. In their aftermath, State Department spokeswoman Stephanie R. Newman preferred a modest assessment. “Any negotiations over the political future of Afghanistan will be between the Taliban and the Afghan government.” The giant is being humbled.

The Taliban remain an indigenous force, nigh impossible to dislodge. Its unsavoury brand of Islam will not fly in cosmopolitan circles, but that hardly matters. In the game of crude politics, they have survived and become a reality impossible to ignore, let alone defeat. Swords may, in time, be sheathed, and guns holstered – if only temporarily.