Do Not Allow The GLC To Take Away Your Dignity 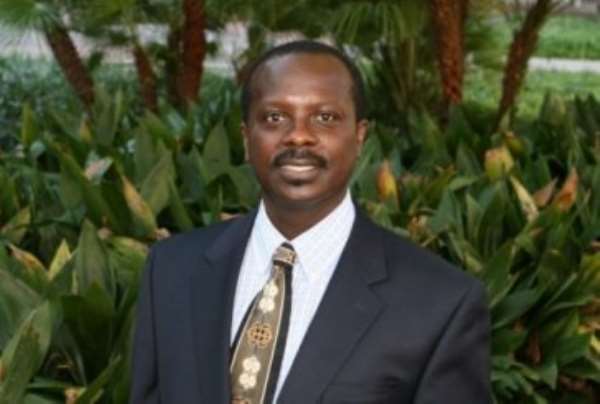 On August 3, the General Legal Council (GLC) issued a terse statement, reminiscent of the days of military decrees, summoning candidates seeking admission into the professional law course of the Ghana School of Law (GSL) in October 2018 to show up at Legon to take a 45-minutes supplementary entrance examination. The said examination will comprise of one compulsory question that will come from any of 10 stated subjects (the release says 9 subjects but only because equity and succession are treated as a single subject, even though in reality they consist of disparate body of knowledge). Like the military dictators of yore, the GLC provides no reasons for this supplementary examination but reminds candidates that its “decision in respect of the published results of the Entrance Examination shall be final.” Candidates are to show up on August 17, which gives them 14 days to prepare for the examination.

Supplementary examination pursuant to what law? This order is, of course, the most recent administrative fiat issued by the omnipotent Council evidencing that it learnt nothing from Asare v Attorney General [2017] and remains a lawless body.

Evidence that a question leaked contaminates the whole examination and is not curable by conscripting students to rewrite a supplementary exam that substitutes a fresh question for the contaminated one. Such evidence carries the presumption that all the questions leaked. To ask candidates to just show up to answer a substitute compulsory question shows that the Council has no understanding or appreciation of the gravity and consequences of such a leak.

Meanwhile, while the Council characteristically victimizes the candidates for an examination leakage that is beyond their control, the leakers remain unknown, have been left unpunished and are still in a comfortable position to leak again. In fact, in its press release, the moribund GLC does not even acknowledge the leak, let alone accept responsibility and apologize for that egregious breach of duty.

By way of contrast, a chief examiner in Korea resigned because one multiple choice question could have multiple answers. In Ghana, the offending examination body does not acknowledge any wrongdoing but rather conscripts the innocent candidates to report in 2 weeks to write a so called supplementary question that will cover 10 courses. The Koreans are where they are because they take accountability seriously. We are where we are because we seriously mock accountability.

Nor should the GLC be entirely blamed for this sordid state of affairs. Our elected leaders have abandoned their oversight responsibilities and impliedly empowered the Council to wreak systemic havoc on innocent students while destroying legal education! The Supreme Court cannot seem to hold the Council accountable even when it finds that it is acting unconstitutionally. Parliament seems to take instructions from the Council and the President seems to be willfully blind to the Council’s constitutional, statutory and regulatory infractions.

Compare the exciting legal education in Rwanda today to what we have now. Any wonder that many of our students are travelling to Rwanda to acquire common law education. Maybe Mr. Kusi Boafo is right afterall when he says that “the only thing that we can do better is to ride in V8 vehicles and chill but in terms of common sense and national development, Rwanda is far ahead of Ghana.”

Today, President Nana Addo Dankwa Akufo-Addo addressed graduating students at the Ghana Institute of Journalism. He urged them “to refuse to be either victim or pawn.” I endorse the message and call on law graduates to refuse to be victims and pawns of the GLC, which has unleashed years of lawlessness and untold hardships on them just to cover its ineptitude and strategic blindness.

I am urging candidates not to take this crazy and clearly unlawful supplementary examination on August 17. They should allow the omnipotent GLC to take and populate its School of Law, which it runs like a private property. Let the GLC take your professional education but do not allow it to take away your dignity.

The President must not wait for a graduation ceremony to call on students to stand up for their rights. He must say something now when candidates are being victimized and treated as pawns!!

The Council has been in the news for too many bad things, including the violation of the constitution; the leakage of examinations; the mass failure of students; the arbitrariness in examination practices; the extortionate fees; etc. If the GLC regulated elections, the politicians would have long acted to bring it under the control. Alas, the GLC’s multifaceted transgressions do not directly touch the politicians. The transgressors seem too highly placed in society to be held accountable. And the victims too few to have any political clout.

The bottom line is that the law school entrance examination is just an unfair process that can't work! Even without the leak, it was a problem. With the leak, it is just catastrophic.

I propose the following:

It is time for our elected leaders to speak for the 1,800 powerless students rather than silently aligning with their powerful but incompetent buddies on the GLC. It is past time for the students to stop being victims and pawns!!