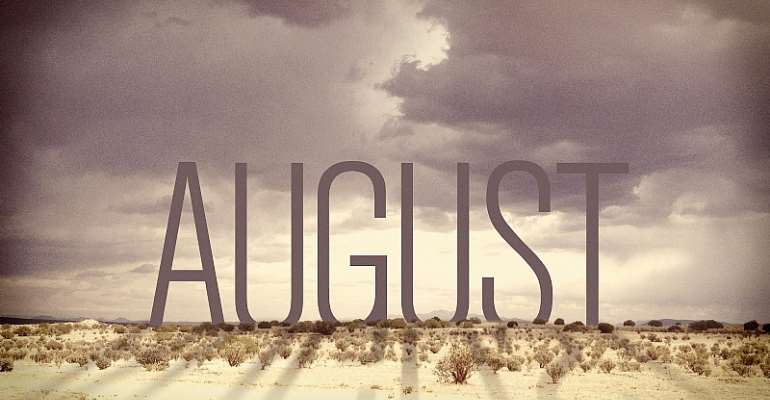 There are 12 great months that make up a year. Each month has its own prestigious event, personality and history that explains it. For example, January as the first month of the year was named after the two faced Roman god Janus. We have personalities including Bradley Cooper and Cuba Gooding Jr, the renowned African American Hollywood actor born in this month. The month of March was named after Mars, the Roman god of war. Affirmatively, in Roman history, March was the first month in the Roman calendar and was name Martius before its transition over time to its current position. We have personalities such as Justin Bieber (Singer) and Terrence Howard ( Lucious Lyon of empire) born in this month.

Let me quickly jump to July, another wonderful month amongst the 12. Historically, the month was formally called Quintilis but renamed July after Julius Caesar as a way to immortalize him for his heroic exploits as a leader. In the Roman calendar, this was the fifth month. Personalities born in this month includes Kevin Hart (An actor, singer and comedian), Pamela Anderson (A comedian actress), Tom Cruise, Sarkodie (Ghana’s favorite rapper), Vin Diesel (of fast & Furious), Benedict Cumberbatch (Dr. Strange) etc. July is noted for producing celebrities and a great ones for that matter.

Though every month is special and has underlying history that defines it, August is undoubtedly by far a month of great history and personalities whose rise to stardom and achievement was just unpredictable to reckon with. It is the only month that gives birth to greatness and possibilities. This month has being personified to/symbolized to a lion (King of the jungle), so though, all months are respectable, figuratively, August becomes their king. This month was named after Augustus Caesar ( A great Military Leader who as an adopted son rose to the top military rank. With his prowess; he exhibited determination and focus, he regarded hindrances as opportunities to excel). The month August has a rich history that that has traits of Augustus Caesar. In Ghana for example, August is a historical month and specifically 4th August is a remarkable day in our history. During the era of colonial rule, a section of our traditional rulers and educated elites needed to bring to a stop the Crown lands bill of 1896 and the Lands Bill of 1897 which threatened traditional land tenure. Our traditional rulers together with the educated elites formed a group by name the Aborigines Right Protection Society formed on August 4th, 1897 to spearhead this agenda. But progressively, this group later became more of a political party gaining power which subsequently eradicated colonial rule and gave birth to the independence of the Gold Coast, hence, today’s Ghana. As a result of this remarkable group, Ghanaians from rank and file suggested that 4th August be made a national holiday to mark the extraordinary achievement of the group.

The month also has personalities who overcame all odds to achieve greatly in society. Among these include, Meghan, Duchess of Sussex (Born August 4th, Formerly Rachael Meghan Markle, a Hollywood actress, a divorcee and of mixed race heritage). Looking at Meghan’s background, marriage life and history, little did anyone think she could become a member of the British royal family by marriage but she is now.

Research has it that, August born individuals outshine all! The powerful star, Sun, rules the Month of August and the ruling zodiac of the month is the regal lion, Leo. Like the Sun, individuals born in this month are ruled by the Sun as they derive their life's force and energy from this star at all times. They are visionary, funny and intelligent. So I use this as an opportunity to wish all August Born individuals, a happy birthday and keep the lion roaring from within.