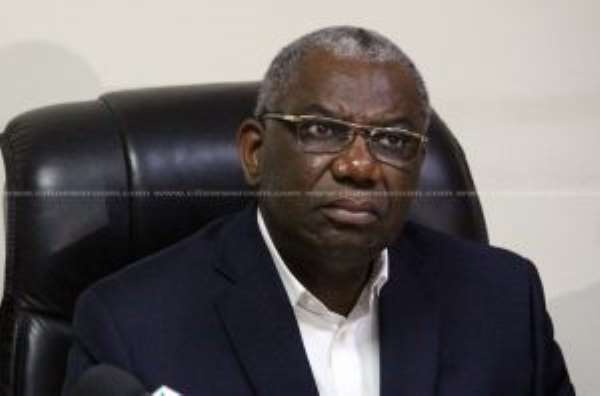 The energy company, Ameri is threatening to sue the Government of Ghana for defaulting in paying 82 million dollars owed it for services provided.

The company in a letter dated July 31, 2018, addressed to the Minister of Energy, Boakye Agyarko and sighted by citinewsroom.com said the government has defaulted in paying for several months.

“Through this letter, we would like to serve you this final notice of default of our outstanding payment of $82,660,560.00, duly acknowledged by you through your memo presented to the Parliament dated 25th of July 2018. In this respect, several notices have been duly served and received by your ministry, but no remedial action has been taken.”

“We would like to draw your attention that in the event that your ministry does not settle our outstanding payments immediately, we will be left with no option but to draw down on the standby letter of credit (SBLC) to recover part of our outstanding payments and adopt the legal remedy available to us,” the letter signed by CEO of Ameri Energy, by Maher Al Alili warned.

Background
The John Mahama administration in 2015 signed a contract with UAE-based AMERI Energy, to rent the 300MW of emergency power from AMERI a cost of $510 million.

But according to the Akufo-Addo administration, it found out that AMERI had shortchanged the government as they presented an overpriced budget, and were overpaid by $150 million.

The government last week took a new agreement to Parliament to have a new company manage Ameri’s power plant and extend the five-year deal to by another ten years.

Under the new agreement, Greece company, Mytilineous International Trading Company, will take over the management of the AMERI power and has offered to pay AMERI an amount of $52,160,560, with the government paying the remaining $39 million to Ameri Energy to wash its hands off the deal entirely.

Addressing a press conference last week, a former Deputy Power Minister, John Jinapor, reiterated the concerns of critics saying it is not justified for the government to push for a deal that would cost over a billion dollars, when with the payment of $225 million in two and half years, the AMERI plant would become the property of state.

The Yapei Kusawgu MP indicated that the President was complicit in the deal especially after some reports suggested that he had given executive approval to the novation agreement.

“It, therefore, sums up that the president is very comfortable with this deal. The President is certainly neck-deep and arms-deep into this whole deal and you cannot but hold the president accountable.”

According to the newspaper, President Akufo-Addo was reportedly “misled” into granting executive approval for the deal to be rushed through Parliament.

We were not consulted
Ameri Energy in the letter to the Energy Minister said it was not consulted during consideration of the new agreement.