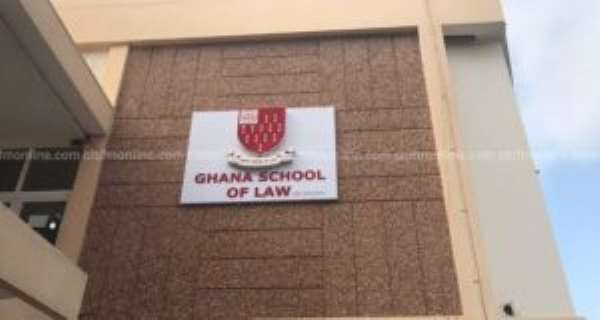 According to the students, the Council’s decision has no legal backing.

The General Legal Council has instructed LLB holders who sat for the July 27, 2018 entrance examination to undertake a supplementary exam on August 17, 2018.

This follows what many of these students have described as a mass leakage of the questions.

But, the affected students who earlier petitioned the GLC over the alleged leakage of the 2018 July entrance examination into the Ghana Law school, has questioned the constitutionality of the decision.

by the council to conduct supplementary examination for prospective students of the Ghana Law School.

One of the students, Nii Addoquaye Cudjoe, told Citi News, that not only was the decision unconstitutional, the timing was also wrong.

Background
Some students who sat for the Ghana School of Law Entrance Examinations on Friday, July 27, 2018, have raised concerns over what they have described as a mass leakage of the questions.

According to the students, even the marking scheme which is supposedly exclusive to the examiners was leaked.

The conduct of the examination itself has been challenged with a series of protests, culminating in a suit at the Supreme Court for what both students and other interest groups have variously described as illegality.

But the Court denied the interest groups an injunction application, allowing the exam to come off on Friday, July 27, 2018.

Frustrated students of the law school dreaming of being called to the bar feared their prospects would be curtailed by the supposed leakage described by some as a selfish and shameful act.

They expressed their disappointment in the system which is meant to guarantee the low in society some semblance of fairness.

Students petition Attorney General
Some of the disappointed students served notice of their intent to protest the matter.