UTAG Laments Delays In The Payment Of Book And Research Allowance 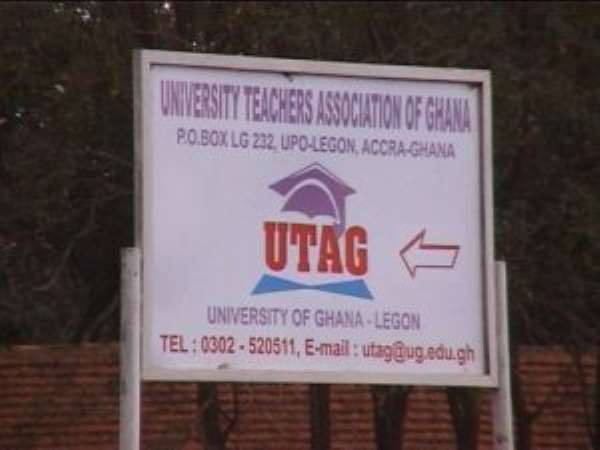 Members of the University Teachers Association of Ghana (UTAG) are outraged by with delays in the payment of book and research allowance for lecturers.

The teachers earlier threatened a strike if the government failed to pay them their 2017/2018 book and research allowance immediately The ultimatum they gave elapsed on Wednesday, August 1, 2018.

President of UTAG at the University for Development Studies (UDS), Professor Addah Weseh, who spoke to Citi News said the government had not dealt properly with the Association.

“After our press conference, we gave the government some time to respond our needs and that time has now elapsed. We are not hearing any official response from the government. We were asked to go back to consult our members on the next line of action”, he intimated.

Professor Weseh further described the silence as worrying, saying “so far the unofficial response we are getting is that our members are now getting tired every year, threatening a strike before what is due us is paid us. That is becoming very problematic.”

UTAG meets members
Members of the University Teachers Association of Ghana (UTAG) are expected to meet in all public tertiary education institutions nationwide to decide on the next line of action after the ultimatum elapsed.

The Association had set Wednesday, July 31, 2018, as the deadline for the payment of outstanding book and research allowances to lecturers.

In an interview with Citi News, President of UTAG, Dr. Eric Opoku said the allowance is a condition of service for lecturers.

“On Thursday [August 2, 2018] we are having meetings on our respective campuses. We will collate all those ideas and inform government on our next line of action. The book and research allowances are an essential part of our conditions of service”, he said.

Book and Research allowance
The book and research allowance is provided by the government to public universities for the purpose of the funding researches in academia for national development.

But each year, it appears UTAG has to threaten or in extreme cases embark on a strike for government to meet their demands.