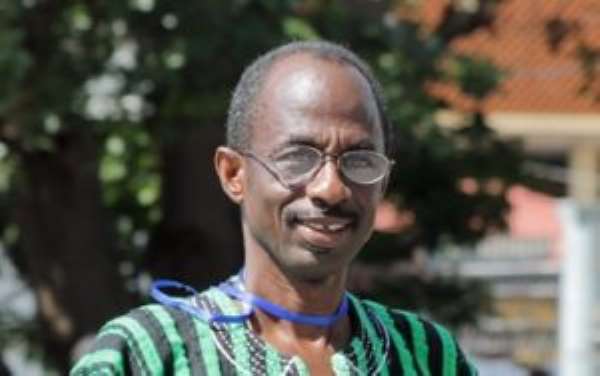 The opposition National Democratic Congress (NDC), has slated December 7, 2018, for the election of its flagbearer for the 2020 presidential election.

Addressing the press at the party's headquarters in Accra today [Thursday], General Secretary, Johnson Asiedu Nketia, said the date is in line with what their constitution proposes.

“We have taken note of our constitutional requirement to choose our Flagbearer, 24 months before the next elections and the constitution not having been amended yet, we can safely calculate our timelines from 7th December 2020, so that will bring us back to 7th of December 2018 for a choice to be made on who leads our party into the next general elections.”

“Ordinarily, we would have concluded all the internal elections before opening the space for campaigning and declaration of intentions, but we realise that if we are to wait till we finish our elections by September, the time will be short for some aspirants, so on behalf of the national executive committee and on my own behalf as the Chief Executive of NDC, I wish to declare the campaign period for our presidential primaries officially opened with immediate effect.”

More candidates to challenge Mahama
About 5 members of the NDC have so far declared their intention to contest as flagbearers of the party ahead of the 2020 polls.

They include Dr. Ekow Spio Garbah, a former Trades and Industry Minister under the John Mahama government; Former Vice Chancellor of the University for Professional Studies, Accra (UPSA), Prof. Joshua Alabi, and Member of Parliament for Nadowli-Kaleo, Alban Bagbin.

94 MPs endorse Mahama – Nii Lante
A few days ago, it emerged that some 94 Members of Parliament had endorsed former President Mahama as its Flagbearer for the 2020 polls.

Former NDC Member of Parliament and supporter of Joshua Alabi, Nii Amasah Namoale, subsequently called into question the supposed endorsement, insisting the supposed list must be made public.

The NDC opened nominations for the regional positions on Monday, July 16th to 18th July, 2018.

The vetting of the aspirants will be done between August 1 and 6th 2018. This was after the party elected its constituency executives in June 2018.

The election of national officers will follow in that order before a presidential candidate is picked on December 7, 2018.