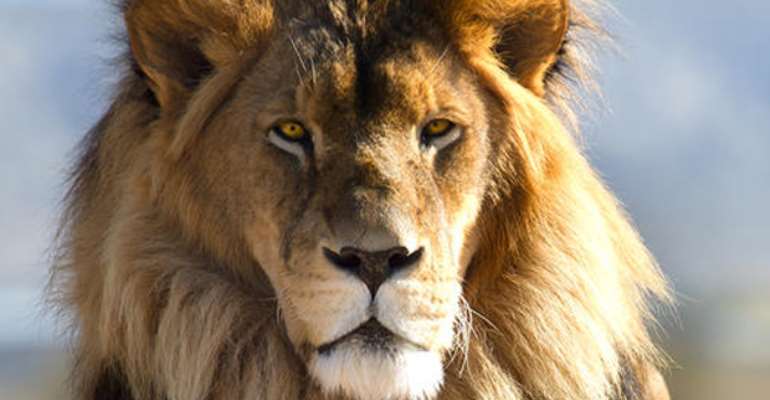 And the Lord said: “If ye had faith as a grain of mustard seed, ye might say unto this sycamine tree. Be thy pluck up by root and be thou planted in the sea, and it should obey you” – Luke 17:6

In a war between pessimists and optimists, God is not neutral. In fact, in such a war, God is always on the side of the optimists. When Dr. Kwame Nkrumah held the reins of power, he looked up north and found that the people there lacked education simply because they were poor for which reason they could not afford to take their wards to school. That was why the former president introduced free education in the Northern and Upper Regions.

In the beginning, there were challenges such as school blocks, teachers, teachers' bungalows, etc. Even though education was supposed to be free, parents were reluctant to take their wards to school. They preferred to take them to farms and send the rest to herd cattle, goats and sheep. To entice the children to go to school, Osagyefo introduced free launch for the children and sometimes sent them secondhand clothes. Teachers who were posted from the south to teach in the north had special packages apart from the teachers' bungalows. Because teachers from the south did not understand the languages of the people from the north, they were compelled to speak only English to the children. That was why pupils from the north could speak fluent oral English than their counterparts from the south. When you face challenges, you sit down to plan in order to get an antidote to the challenges. You don't throw your arms up and start scratching the balls in between your thighs.

Long after the demise of the great leader, people who enjoyed free education became military, police, prison and immigration officers. In no time, somebody from the north became the Executive President of Ghana in the person of Dr. Hilla Limann, followed by Alhaji Aliu Mahama who also became the vice-president of Ghana. Ex-president John Dramani Mahama was schooling in Accra when his father who was a cabinet minister in the Nkrumah-led regime took him to the north to enjoy free education. Eventually, he too became the vice-president of Ghana before becoming the president. Go to Ghana's Parliament and count the number of parliamentarians from the three northern regions who benefitted from free education.

Apart from Osagyefo Dr. Kwame Nkrumah, no Head of State of Ghana ever dreamt of making secondary school education free throughout Ghana. Candidate Nana Addo Dankwa Akufo-Addo dreamt of it and campaigned vigorously for Ghanaians to vote for him so that when he holds the reins of power he will make SHS free. That was in 2012 but sadly there was a stolen verdict which ended up at the Supreme Court with a split decision. During the 2012 electioneering campaign, Mr. Mahama in particular said free SHS could be possible in 20 years' time and not 2012 as Nana Addo made Ghanaians understand. In 2016, candidate Nana Addo rekindled his conviction and during the campaign, he told Ghanaians again that free SHS would be possible and that if Ghanaians voted for him he would introduce the scheme in September 2017. Call him Joseph, the dreamer, and you will not be far from right. The naysayers again went to town and rubbished what the man was telling Ghanaians. Then the Lord God of Israel lifted up His mighty hands and Ghanaians gave Nana Addo the nod to rule the country.

From the beginning, we all knew there would be challenges like what happened during the Nkrumah era but as optimists we knew such challenges could be surmounted by the grace of God. Immediately the programme was rolled out, the NDC said so many things and criticized everything about the Free SHS. As the programme started to take shape, with day students having one hot meal a day, they recoiled into their shells and started telling Ghanaians that they too support the Free SHS policy and that they even planned to do same. Pharisees!!! Now they have abandoned their “progressive free SHS' and it appears they are buying into Nana Addo's Free SHS.

From the colonial era till today, governments after governments build schools because the population continues to grow. At independence, the population of Ghana was less than five million but today, the population has skyrocketed to nearly 35 million. In two months' time, there will be new intake in our senior high schools and the government has anticipated that school population will increase dramatically because no parent would like his child to stay at home when access to education is free. So the government in its own wisdom has decided to introduce the Double Track System – a system which is practised in even some developed countries and the NDC members are kicking like bulls. What is wrong with this bunch of nation wreckers? Are they saying Japanese are stupid to introduce the system?

What I have come to observe is that the NDC members are afraid of losing the 2020 elections because by that time all senior high school students will be legible to vote and they will surely not vote for a party that will not give them Free SHS. Parents too will use their thumbs to say, “Thank you Nana for assuaging our sufferings”. I admire the confidence of the President as far as the Free SHS is concerned. The man is so confident that he doesn't hesitate to mention the programme whenever he has the opportunity. In fact, apart from the NDC apparatchiks and doomsday prophets who continue to pray for the programme to fail, all well meaning Ghanaians are happy.

With all the resources at their disposal and a 'fat war chest' coupled with the state machinery behind them, the NDC lost the 2016 general elections. When the Electoral Commission declared Nana Addo Dankwa Akufo-Addo as the president of Ghana, Mr. John Mahama started losing weight. The man never thought he would lose the election because wherever he went chiefs and queen mothers promised him that he would surely win the election and showered praises on him. As for the Sunyani Omanhene, he was so bold to tell then president Mahama that he would win by 80 per cent. Parliamentary candidates of the NDC were so sure of winning the elections that some of them, who had not been in Parliament before, started learning how to wear tie and coat. The result hit them like a thunderbolt. They have since not recovered from the shock.

Then the party set up a fact-finding team led by no mean a person than Professor Kwesi Botchwey, a tested politician and the longest serving finance minister of Ghana. He was tasked to go round the country to find out how come the party suffered such a disgraceful loss at the polls. After the fact finding, the report was not made public but since God is Omnipresent, He opened the mouth of Professor Kwesi Botchwey to speak at the appropriate time. And so when God's time came, Prof. Botchwey stated: “Absence of honesty and integrity led to the NDC defeat in 2016”.

I have written in this column that I seldom use my dictionary because I have enough 'arsenals' to understand whatever I read. Anytime I use my Webster's Dictionary of Contemporary English Language, I do so to make sure what I read and understand is actually so. And so after listening to Kwesi Botchwey, I went for my lexicon to find the meaning of 'honest' and 'integrity'. Listen to what my dictionary said about 'honest': “Not disposed to cheat or defraud; not deceptive or fraudulent” And listen to my lexicon on 'integrity': “An undivided or unbroken completeness or totality with nothing wanting”.

Therefore, if a political party which lacks such qualities ruled the country for eight years, what do you expect the economy of the country to be? All along, some of us continued to draw the attention of the good people of Ghana that the NDC were deceiving, defrauding and cheating Ghanaians. They continued lying through their teeth until Ghanaians saw the light and booted them out of power. Today their own man has confirmed what we were telling Ghanaians. If any other person from the ruling party had made this statement, the babies with sharp teeth would have been on the neck of the person. Let them dare Professor Kwesi Botchwey and they will hear more. You see, the truth is like a cork, it cannot be submerged under water. The chickens have come home to roost and the rest is history. Catch me if you can!!!