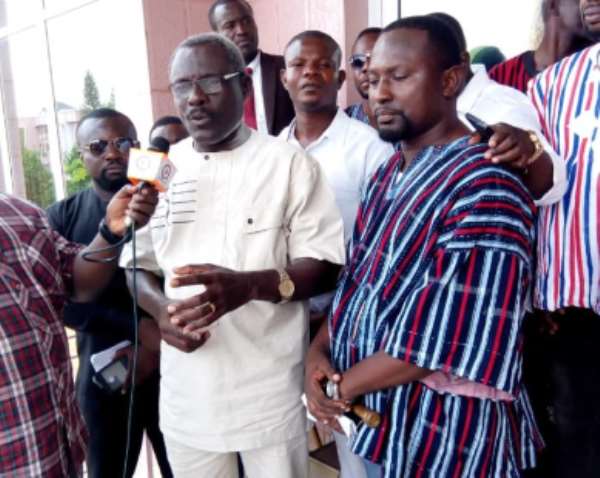 Dr. John Osei Bobbie Boahen , the President’s nominee for the position of the Suame Municipal Chief Executive , has been endorsed by the Assembly.

All the 13 assembly members including the government appointees, voted overwhelmingly in favour of the nominee, giving him a hundred percent endorsement.

Addressing the assembly before the election, the Ashanti Regional Minister , Hon. Simon Osei Mensah , pleaded with the assembly members to vote massively for the President’s nominee.

According to him, any failure to endorse him, will be a rejection of the President himself. He encouraged the Assembly members to bury their differences and forgive the nominee if he had offended them in anyway.

In his acceptance speech, Dr John Osei Bobbie Boahen, expressed his profound gratitude to the Member of Parliament (MP) for the constituency for his role in elevating Suame sub metro to municipality status.

He also commended the Assembly members for endorsing him, and assured the members of his readiness to help develop the municipality.

He called on them to partner him to work in unity by pulling their energy and resources together for the development of the area.

He assured the members of his commitment to work with Nananom, and every stakeholder to get their support to ensure total development for the people.

He disclosed that, his major vision is to ensure that, the Suame Industrial enclave becomes investor friendly to meet international standards.

Mr. Simon Osei Mensah, the Ashanti regional Minister, after the elections, entreated him, to embrace unity and teamwork, devoid of discrimination, and must recognize Nananom as development partners and also work with the staff and management of the Assembly in a very transparent manner to enable him move the municipality to the promise land.