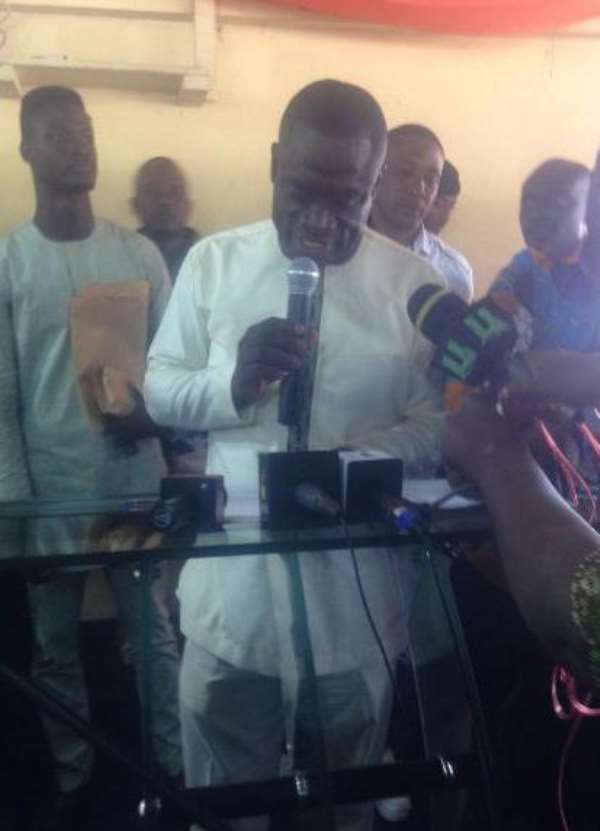 Mr Kofi Ofori, the President's nominee for the position of Municipal Chief Executive (MCE) for the newly created Ablekuma North Municipal Assembly has been confirmed by members of the assembly.

In an election supervised by the Municipal Electoral Commission, all the 10 Assembly Members present gave Mr Ofori, also known as Bella, a 100 per cent nod.

He thus becomes the first MCE for the new Municipal assembly.

Earlier, the Greater Accra Regional Minister, Mr. Ishmael Ashitey appealed to the assembly members to honour the president by giving the nominee a 100 per cent nod as was done by their counterparts in the Okaikoi North Municipal Assembly a few days ago.

In his welcoming address, the Presiding Member (PM) of the assembly, Mr. Labaran Braimah also entreated the assembly members to confirm Mr Ofori who had a vision of bringing development to the area.

The Member of Parliament (MP) for the Ablekuma North Constituency, Nana Akua Owusu Afriyie was hopeful that the members would give Mr. Ofori a resounding victory to start tackling the numerous developmental challenges confronting the municipality.

Madam Afriyie urged Mr Ofori to work earnestly when confirmed, to ensure the accelerated development of the area and advised that accountability should be taken seriously in the doings of the new municipal assembly.

In his victory speech, Mr. Ofori thanked the President and the assembly members for the confidence reposed in him and promised to work to ensure the development of the area.

The new MCE stressed that sanitation would be one of his major priorities in Ablekuma North and stressed that littering and indiscriminate disposal of garbage would not be compromised during his tenure of office.

He appealed for the co-operation of the citizenry to push the President's agenda of ensuring that Accra becomes the cleanest city in Africa and promised an open administration, emphasising that his doors would be opened to all irrespective of party affiliation.

Also present were the former Mayor of Accra Mr Adjiri Blankson, now a Member of Council of State, chiefs and queenmothers and opinion leaders in Ablekuma North to lend their support.