Italy Brings Migrants Back To Libya 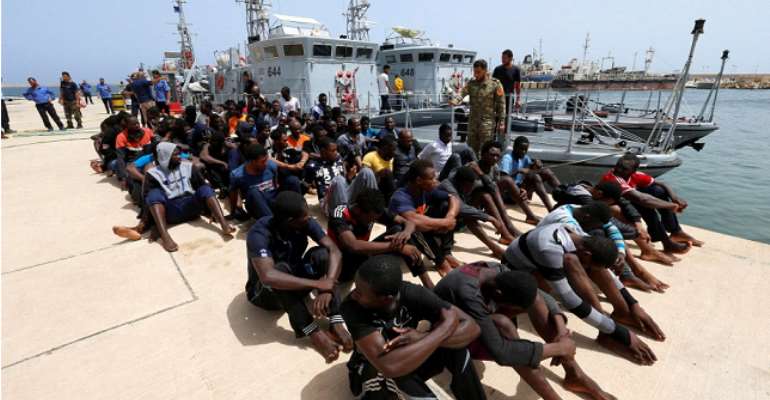 Again in Libya instead of the dreamed Europe, migrants who were stopped by the Libyan Coast Guard on the Mediterranean managing to reach Italy were rescued by an Italian ship and apparently brought the migrants back to the unsafe country, Libya.

Setting a precedent in rescuing people from the Mediterranean for the first time in years, European saviors brought migrants back to Libya.

Several maritime rescue organizations have accused an Italian ship for bringing 108 people rescued from the Mediterranean back to Libya. For a similar process, Italy was condemned in 2012 by the European Court of Human Rights. Human rights organizations and the UN called the decision groundbreaking at the time.

Now, the supply ship "Asso Ventotto" has apparently brought people from international waters back to the North African country. Navigation data confirm that the ship is in the port of Tripoli. The UN refugee organization UNHCR reported, they collect all the necessary information. A statement says: "Libya is not a safe haven and this act could lead to a violation of international law."

According to the Italian news agency “Ansa”, the ship belongs to the company Augusta Offshore in Naples. The company said the "rescue operations were under the coordination of the Libyan Coast Guard."

The Green politician Erik Marquardt, who is involved in the rescue and in the scene well networked, did not exclude the "Huffington Post" that the crew of "Asso Ventototto" did not act voluntarily, but forced by members of the Libyan Coast Guard "I can imagine that they put a lot of pressure and nobody helped the ship."

The International Organization for Migration (IOM) had reported in the evening about the arrival of 350 migrants and reported that more had to be expected. Around 350 migrants are being returned to Libya's shore and are disembarked now. UN migration teams are on site to provide immediate assistance. We are ready to support as more migrants are expected tonight.

In the case, which landed in the European Court of Justice, in 2009 more than 200 people from Africa were rescued from Lampedusa and taken back to Libya by the Navy. Italy's government had concluded a repatriation agreement with the then ruler Muammar al-Gaddafi and argued that Libya was a safe country. The EMGR decided in 2012 that Italy should not proceed in this way, as no one should be subjected to torture or inhumane punishment. Since then, there has been no such case.

Rescuers only bring people to Europe on instructions. In recent years, the NGOs and the state vessels of the EU mission "Sophia" have brought people rescued from the Mediterranean to Europe by order of the coordinating Maritime Rescue Coordination Unit (MRCC) in Rome. Italy has recently banned it. A total of four ships from NGOs are currently being prevented from leaving the European ports. On what basis the "Asso Ventotto" has deposed the refugees back in Libya is so far unclear.

The Sea-Watch organization asked the International Organization for Migrants (IOM ) and the UNHCR in Libya whether they were helping to bring to justice those responsible for repudiation in violation of international law or were they complicit in violating the Geneva Refugee Convention.

My father died of COVID-19; I didn’t hide his travel history...
59 minutes ago