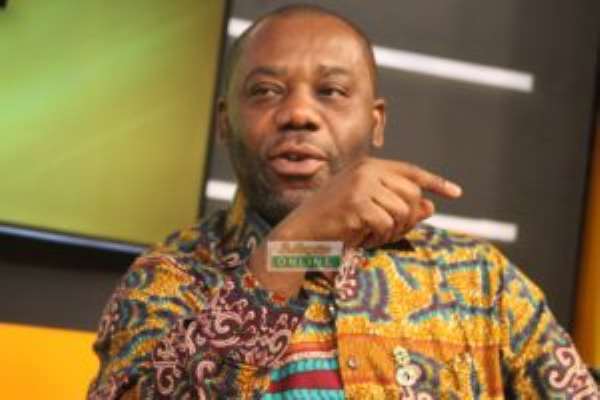 
The Ghana National Association of Teachers (GNAT) has endorsed the implementation of the double tracking system aimed at accommodating the increase in enrollment under the free SHS programme.

In order to accommodate the expected number of enrollment, the government has resolved to introduce the double tracking system which will be similar to the semester mode of learning, as practised in the universities and expected to last for seven years.

Commenting on the yet-to-be-implemented system, the General Secretary of GNAT, David Acheampong, observed that the Association has no qualms with its introduction, however, the government will have to consider remunerating teachers to correspondent with the increased contact hours.

“For us, we don't have a problem with it, so far as we are going to put some students back into the classrooms, because looking at the figures that are being churned out this year, over 100,000 of our children may not go to Senior Secondary School if such a policy is not adopted,” Mr. Acheampong told Starr FM.

The Assistant Headmaster of the Twene Amanfo Technical and Senior High School in Sunyani, Mr. Osei Marfo told The Chronicle that the introduction of the double tracking system is the best in the present circumstance, where many students are under the Free SHS.

“For me, I am an ambassador for the double tracking policy because it is designed to cure a problem, then we revert to the normal system”, Mr. Marfo said.

He added that those claiming the double tracking would lead to increased teenage pregnancies are only dreaming in some wild environment.

Former President John Dramani Mahama and a litany of think tanks, including IMANI Africa and ISODEC have slammed the yet-to-be-introduced system as needless.

ISODEC, for instance, attributed lack of due diligence on the part of government before implementing the fee-free education policy as the cause of the current crisis the nation is experiencing at the SHS level.

But speaking to Starr News, Deputy Education Minister Dr Adutwum explained that the system will last for only seven years, to allow the government to address the accommodation challenges in the various SHSs, after which the schools will revert to the normal education calendar.

“This is a stop-gap measure, even in all countries that have used it,” Dr Adutwum told Ultimate FM in Accra. Also, the system, according to the Education Ministry, will offer students more instructional and contact hours with teachers.

Bishop Adu also said, more commendable is the President's commitment to strengthen the policy and give meaning to its implementation by introducing the double track system towards promoting education generally.

According to him, the prosperity of every nation lies in education, hence its development and promotion should be paramount to every serious government. 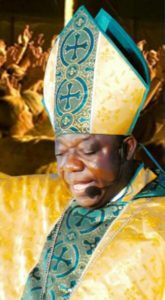 The President has said the free SHS policy has come to stay and that, there is no turning back, adding that “free SHS is going to be a permanent feature of the educational structure of the country and a significant tool for the rapid socio-economy development of the nation”.

This position, the prelate says, is commendable and worth implementing to the letter. Bishop J.Y. Adu, who made the commendation over the weekend, noted that funding for the fee-free SHS and the double track system should not become a problem if the government is committed to the fight against corruption among officialdom.

The Man of God stressed that those who are criticising the policy are bent on exploiting national coffers at the expense of the taxpayer.

He said it calls for boldness and integrity on the part of the leader to ensure the national cake is fairly distributed for the benefit of the citizenry and stressed that the proposed double track system could bring about beneficial reforms in the educational sector.

The New Jerusalem Chapel leader urged the President to go ahead and introduce the program and thereby expose our past governments for not having the courage to bring about this good policy.

Bishop Adu has, therefore, called on parents to complement the efforts of the government by supporting their wards to achieve their educational ambitions and contribute to the reduction of school dropouts.

He noted that a majority of the people engaged in armed robbery and miscreants are school dropouts, which could be brought to the barest minimum if they are found in the classrooms to acquire education.

The church leader appealed to the Ghana Education Service (GES) to reintroduce the inspectorate units to monitor the efficiency and effectiveness of teachers to avoid mass failure of students in the examinations.

He also appealed to teachers to show commitment in their profession and work to unearth the God-given talents of students and contribute to the upbringing of God-fearing children towards a just society.

Inside Politics: Political Quotes
Catch up with all the political quotes from our politicians.
Sponsored
More Headlines
Modern Ghana Links
Do DNA test for Rawlings alleged daughter before you bury him - Leslie Mensah Tamekloe, Others told
Rawlings behind my successful career -Ejurahene eulogies late former President
NLA fails to pay big wins since April
Rawlings' burial service [Photos]
Anlo Traditional Area to organise another funeral for Rawlings
‘Rawlings is like a meteor who didn't burst into flames like all meteors do’ – Akufo Addo
Rawlings came through for me in my difficult moments as President – Akufo-Addo
Rawlings' family accepts Akufo-Addo’s proposal to rename UDS-Tamale after him
Tension between Rawlings and I ceased in 2012 – Akufo-Addo reveals
Election Reports Quotes Dossiers
TOP STORIES