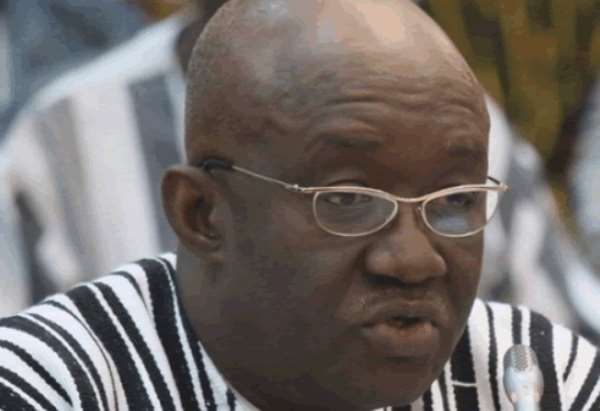 Government is stepping up efforts to ensure that all communities in Ghana get access to potable drinking water ahead of 2030, the target set for Sustainable Development Goal Six (SDG6), Mr Kofi Joseph Kofi Ada, Minister for Sanitation and Water Resources, has said.

He said the Sustainable Development Goal Six (SDG6) was aimed at achieving global access to adequate and safe drinking water, sanitation as well as hygiene by the year 2030.

Currently the country has about 62 per cent of the entire population having access to potable water and government is edging towards 100 per cent coverage before the target year.

Mr. Adda, said government intended to achieve this through massive investment in the Water, Sanitation and Hygiene (WASH) sector under a project called 'Water for All Agenda'.

Under the project, 300 small town pipe systems, 17,572 boreholes fitted with hand pumps and 1,228 limited mechanised systems across the country would be provided.

The Minister who was speaking at the opening of the 2018 Community Water and Sanitation Agency (CWSA) Review Conference in Ejisu near Kumasi, said it was significant to expedite efforts to provide water to the remaining 38 per cent of Ghanaians still without access to safe and potable water.

The five-day conference is being attended by participants drawn from all the ten regions to review the implementation of recommended reforms at its 2017 conference.

'One Year of Implementing CWSA Reforms: Achievements, Challenges, Lessons and Actions to Consolidate Gains', was the theme chosen for this year's event.

Mr Adda said government as part of efforts towards realising the targets in the Water for All Agenda, had secured US$ 45.7 million from the World Bank as additional funding to complete outstanding works under the Sustainable Rural Water and Sanitation Project which ended in 2016.

The Ministry, he added, was also partnering the Chinese Government to secure funding for the delivery of 1000 boreholes across the country.

He further indicated that a contract worth â‚¬ 56 million had been signed between government and Eco Innovation Group of Germany to supply and install 3000 mobile water stations in the Eastern, Central, Greater Accra and Volta Regions.

Mr Walanyo Kwadwo Siabi, Chief Executive of CWSA, said the agency initiated reforms to transform the WASH sub-sector following a new policy direction recommended during the 2017 conference and subsequently approved by the board.

He said a nationwide recruitment was conducted between June and December 2017 during which 5,673 were selected and would be deployed as and when more water systems come under CWSA management.

He disclosed that 64 small town water systems came under the management of the agency at the end of 2017 across the country, adding that 640 workers were employed to manage them.

A two-year strategic plan, according to him, had been developed alongside a one-year revised budget to implement the reforms in line with the objectives of the Water for All Agenda being pursued by government.