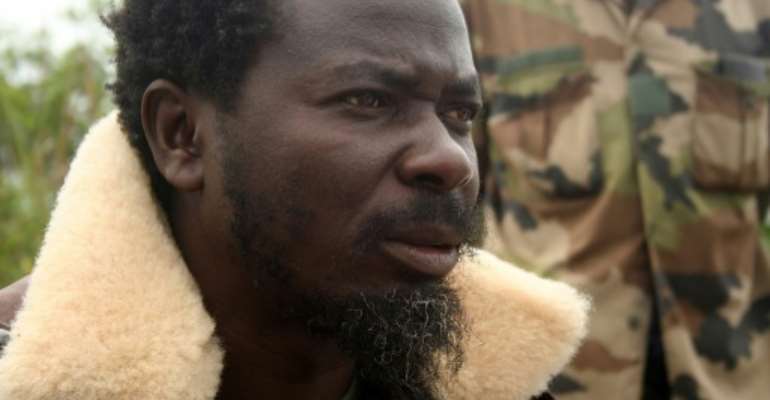 The oil-producing Pool region was a stronghold of Pastor Ntumi. By Martin VAN DER BELEN (AFP/File)

The Republic of Congo has lifted arrest warrants for former rebel leader Frederic Bintsamou -- widely known as Pastor Ntumi -- who led a violent campaign against the army in the oil-producing south, officials said Tuesday.

The move is in line with a peace accord signed on December 23 between the government and Ntumi's Ninja militia which operated in the southern Pool region, where the capital Brazzaville is located.

"Since Friday July 27, the reverend Pastor Ntumi has regained all his rights and freedoms to participate in the peace process," senior interior ministry official Seraphin Ondele said.

The arrest warrants against Ntumi and two of his lieutenants, which were also lifted, had been issued for "killings, illegal possession of arms and munitions and destruction of public buildings."

Ntumi, in a message read out by his representative, confirmed that the Brazzaville court had lifted the warrant, regaining "all my rights."

The Ninjas clashed with government forces in the Pool region after contested elections in March 2016 when veteran leader Denis Sassou Nguesso was re-elected.

The clashes led to some 138,000 people being displaced. The Pool region was the scene of violence with government troops between 1998 and 2003.

The December peace accord included disarmament and paving the way for civilians to return to the region but did not touch on Pastor Ntumi's fate.