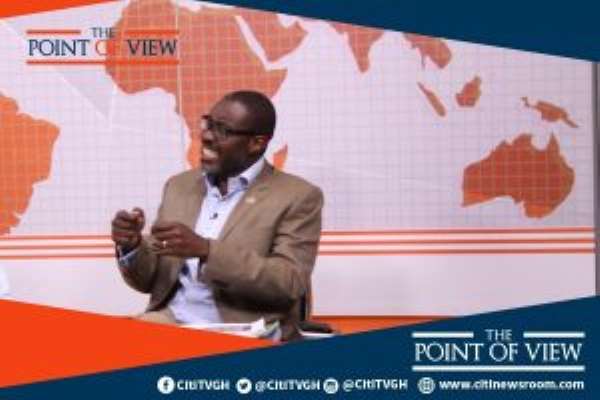 Legal Practitioner and member of Occupy Ghana, Ace Ankomah, has hinted that the group might sue government if it fails to respond to its petition calling for an investigation into allegations of smuggling and illegal dealings at the Bulk Oil Storage and Transportation Company Limited (BOST).

Occupy Ghana had earlier written to the Chief of Staff, Akosua Frema Osei-Opare, asking for a probe into these allegations.

Mr. Ankomah on Citi TV’s Point of View said government has not yet responded to their petition on the BOST scandal.

“ ..We were one of the first people to comment on the BOST issue. We sided with the investigations. When the investigations were over and no Ghanaian heard about it, we sent a letter back and asked 19 questions and we still haven't received one answer …If we don't receive an answer, we will go to court,” he said.

An industry report released by the Ghana Chamber of Oil Distributors (CBOD) revealed that Ghana lost about GHC 1.4 billion in taxes a nd regulatory margins from smuggling and export dumping of petroleum products in 2017.

The report, without mentioning names, accused officials at the Presidency, National Security and the Ghana Revenue Authority of complicity.

According to the report, the government had over the years, also failed to sanction persons involved in the diversion of premix fuel, among other things.

“Illegal trading of products continues to be a bane of the industry and the national economy. Smuggling through the ports, premix and marine gas oil diversion (MGO oil) and export product dumping account for the majority of the illicit petroleum trade.The disappointing observation has been the absence of strong will by the central government to deal with this trade, despite modest arrests recorded,” the report added.

Occupy Ghana in its petition had said: “In the interest of the principles of probity, accountability, and transparency, we write to request that full-scale criminal and highly forensic investigations are conducted into the alleged findings in the CBOD Report.”

OccupyGhana had again urged that persons found culpable should be prosecuted no matter their positions in society.

“If any persons are found to have engaged in these acts we will urge the prosecution of all criminally culpable elements within the petroleum value chain to the full extent permissible by law, no matter who these culpable elements may be,” the letter added.

Notable among them was the contaminated fuel saga in June 2017.

Citi News first reported that Ghana was likely to lose about GHc 7 million in revenue following attempts by BOST to sell contaminated fuel to some oil marketing companies.

Five million liters of contaminated fuel was sold to two unlicensed companies; Movenpinaa and Zup Oil, which were allegedly set up days before the sale.

The National Petroleum Authority (NPA) confirmed that the two companies were also not licensed.

COPEC, in April, claimed Ghana lost about GHc23 million in revenue when 1.8 million barrels of crude oil was sold at a discount to an unlicensed company.

Alfred Obeng Boateng slammed the accusations, describing them as baseless.

Nonetheless, COPEC petitioned the Special Prosecutor to investigate the allegations.