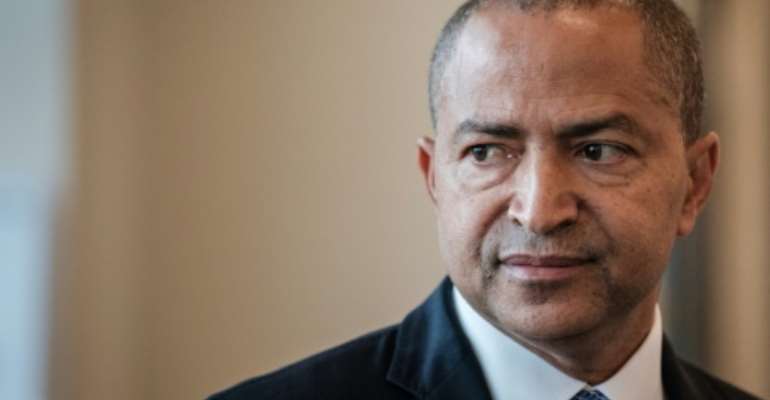 Katumbi has been living in self-imposed exile in Belgium since 2016. By Yasuyoshi CHIBA (AFP/File)

Multimillionaire and political heavyweight Moise Katumbi on Monday said he had sought permission to return to DR Congo this week to contest presidential elections in one of Africa's most volatile countries.

Katumbi said in a phone interview with AFP that he was in Johannesburg and had written to the civil aviation authorities requesting permission for his private jet to land on Friday in Lubumbashi, capital of Katanga province.

Katumbi, 53, a former governor of the mineral-rich province, has been living in self-imposed exile in Belgium since May 2016 after falling out with President Joseph Kabila.

He has vowed to return for the long overdue December 23 election despite being handed a three-year jail term in a case of alleged property fraud.

He is also on trial for supposedly hiring mercenaries and for possessing an Italian passport -- Congolese law does not allow double nationality.

Katumbi's lawyer Eric Dupond-Moretti said in Paris last week that said the ongoing cases were a "judicial farce," adding: "If he is arrested, the decision will be strictly arbitrary."

Kabila, a former soldier, has been in power since 2001, when he took over from his assassinated father.

Presiding over a government widely criticised as corrupt and incompetent, he was constitutionally due to quit office in December 2016 at the end of his second elected mandate.

But he has remained in power until a successor is elected, provoking street protests that have been bloodily repressed.

Kabila has vowed to respect the constitution but so far not spelt out if he will contest the election, nor yet designated a successor.

However, government members and members of his party said on Monday that he had asked allies to suggest a potential candidate.

"He wants every (pro-Kabila political) group to put forward four names in the next 48 hours so that he can choose the candidate for the Common Front for Congo (FCC)," said a minister, speaking on condition of anonymity.

The FCC -- a "grand political electoral coalition" -- was created by the cabinet earlier this year "to provide support for a single candidate" for the elections. It has named Kabila as its "moral authority."

Both Katumbi, born to a Greek businessman father and a Congolese mother, and Kabila hail from Katanga, a sprawling region the size of Spain, and were once allies.

The sprawling province is a microcosm of some of the Democratic Republic of Congo's problems -- an explosive mix of political rivalry intertwined with personal economic interests.

Katumbi's assets include the Congolese football club TP Mazembe which has won the CAF Champions League. 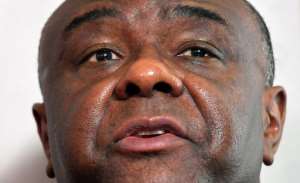 Bemba says he is campaigning for a single opposition candidate. By JOHN THYS (AFP/File)

Another potential rival to Kabila is former warlord and ex-vice president Jean-Pierre Bemba, 55, who in June was acquitted of war-crimes charges in The Hague.

He has vowed to return to Kinshasa on Wednesday to file his election bid. Candidates must physically be in the country to lodge their applications.

His party previously said that he would arrive in Gemena, a town in his stronghold of the northwest, on Tuesday. But on Monday it said he had not had flight authorisation for landing there.

I won’t bow to pressure to make Parliament a ‘rubber stamp o...
22 minutes ago