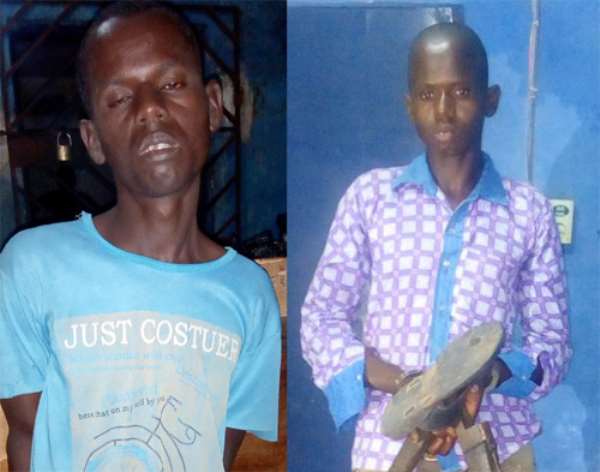 TWO Fulani armed robbers, who have been terrorising residents of Kwahu Tafo and its surrounding villages, are currently in the grips of the police at Mpraeso in the Kwahu South District of the Eastern Region.

The suspects, Ibrahim Sambo, 31, and Sulemana Sambo, 21, allegedly blocked a section of the Kwahu Tafo-Kwahu Pitiku road and were robbing drivers and passengers plying that road last Saturday.

DSP Ebenezer Tetteh, the Regional Police PRO, who confirmed the incident to DAILY GUIDE, said when the police had a tip-off, they quickly rushed to the scene and met three Fulani men armed with single barrel guns.

According to him, the three suspects ran into the bush when they saw the police.

DSP Ebenezer Tetteh explained that the police then gave them a hot chase and in the process, they managed to arrest Ibrahim Sambo and also retrieved one single barrel gun from him but Sulemana Sambo bolted.

He added that “Sulemana Sambo was on Sunday morning arrested with the help of the village folks; both have been detained. But one is currently on the run”.

The two are currently assisting the police with their investigations while the victims have been ordered to report to the Kwahu Tafo Police Station for further investigations.