Double Track System Dates Back To 2008, Anamoah Committee Suggested It 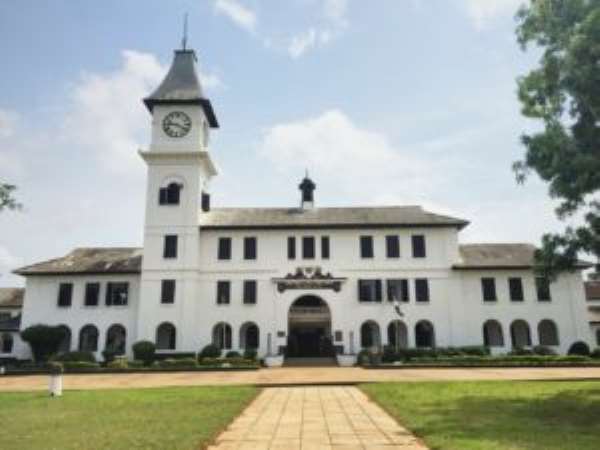 Nana Kofi Imbeah, an Education Consultant in the Western Region says the double track SHS admission concept has been in the pipeline for some time, but the lack of political commitment delayed its implementation.

According to Nana Imbeah, this double track admission system was part of the recommendations made by the Professor Anamoah Committee in 2008 to help revive and reshape the educational sector and it is now being implemented.

Speaking in an interview with the Ghana News Agency, Nana Imbeah said the continual increment in the intake of students for Senior High education meant that Ghana has adopted prudent approach to solve all issues with regards to infrastructure and the Double Track admission system is the best to salvage the education industry.

The Education Consultant said countries like Kenya, United States of America and Costa Rica among others continue to run this double track admission system which would ensure the growth of human resources for the country.

Nana Imbeah said the Double Track admission system, in between time, would bring infrastructural pressure, adding that “incidental logistics must be provided so that output will not suffer”.

He also called on authorities to plan the process well in terms of examination monitoring and results.

Concerns
Many, including some educationists, civil society groups and key members of the National Democratic Congress have raised concerns about the new system, which they say will bring the country back to a shift system.

The NDC has been the fiercest of critics, describing the double-track system as a “glorified shift system”, insisting government had no idea about how to finance and sustain the programme, but for purposes of votes, the NPP had to make the Free SHS promise.

But a former minister of state under the John Mahama administration, Mr Rashid Pelpuo has admitted on TV3 that the adoption of the Dual Intake System by government as an intervention for its flagship Free Senior High School (free SHS) is good.

Government last week announced that its Free Senior High School policy would run on the new system from September, this year, to create room for more students to be admitted, using the available educational facilities.

The policy is expected to convert the Senior High School calendar into a semester system.

Two leading civil society groups, have faulted the government over the adoption of the double tracking system.

According to ISODEC, government's lack of due diligence in the implementation of the free SHS policy is the cause

of the current crisis that the nation is experiencing at the SHS level.

The governance and human rights non-governmental organisation added that several policies by the Akufo-Ado led government have lacked proper planning and have been rushed through to score political points.

“The speed with which government is trying to introduce the two-track SHS system, i.e., two months from now, without any meaningful broad stakeholder consultations in consonance with the principles of good governance is worrying,” a statement signed Dr. Steve Manteaw stated.

Speaking on Citi FM News Analysis Programme, The Big Issue, Mr. Cudjoe said the policy, which is expected to reduce class sizes and increase contact hours, was not carefully thought-through before being rolled out.

“The policy is zero analysis-backed and poorly thought-through… The education on the double track system needs to be done and decentralised properly so parents can understand, not by the government communicators, some of whom don't seem to understand it”, the IMANI boss said.

Challenges & Solutions
The education sector has been battling with several challenges which span from infrastructure to students' poor performance at both Junior High School and Senior High School levels.

Reports show that out of the over 500,000 students who graduate from Junior High School in Ghana, not all of them are able to go to SHS not only due to failure, but also as a result of inadequate space at the secondary school level.

With the multi-track system, the number of prospective students will be enrolled within two separate entries, while the vacation periods are made to last longer.

For this to be rolled out successfully, it has been suggested that the three-term academic calendar system for Senior High Schools would have to be reduced to two semesters as is done in the universities.

Mahama Ayariga
In light of the debate over secondary education, the Member of Parliament (MP) for Bawku Central, Mahama Ayariga says it may be time for the state to cede control of public schools.

“It might be necessary to begin to consider even the whole concept of public management of schools. It is perfectly possible to begin to think about the charter system of school management,” Mr. Ayariga has said.

About The Double Track System
This new system will run in all the categories A and B senior high schools in the country. The new programme creates a calendar of two semesters in a year for the SHS 1 class, containing 81 days per each semester and 41 days of vacation for a sandwich class.

Over 8,000 teachers are being recruited to handle the sandwich classes, so teachers are not be deprived of their holidays.

The new system is expected to cost GHc323 million to implement fully.

What is a charter system?
A charter school is a school that receives government funding but operates independently of the established state school system

Charter schools are governed, not by a local board of education, but by an autonomous non-profit board of directors, and they receive flexibility from certain state and local rules and regulations in exchange for a higher level of accountability.

Charter schools use this flexibility to implement innovative or unique programs, in order to provide educational options to parents and students that are not typically available in the traditional public.

Cost
Meanwhile, Deputy Education Minister Dr. Yaw Osei Adutwum has rejected claims that the introduction of the double track system will bring an additional cost to the government through the recruitment of more teachers.

President Akufo-Addo last week announced government was going to employ 8,000 teachers to take care of the additional students to be admitted for the double track system this academic year under the free SHS this academic year.

“We are employing 8,000 more teachers this year to take care of this additional number of students,” Nana Akufo-Addo said when he cut sod for the construction of the 25.7-kilometre Nasia to Janga road, in the West Mamprusi District of the Northern Region Region.

Some have argued the recruitment of teachers would bring additional financial responsibility to the government.

Government in the 2018 mid-year budget review assured that provision has been made for the programme for the first term of 2018/19 academic year.

But speaking on Saturday's edition on TV3, Dr. Adutwum assured the government would not incur any additional cost as a result of the double track system mainly because of the recruitment of additional teachers.

“People talk about additional cost from teachers, no. We hire them with their regular calendar because if you bring in more students you have to bring in more teachers. We are hiring more teachers because of increased enrolment,” he explained.

He noted that Ghana is not the first country to introduce this system, and assured that the system would work despite the numerous criticisms that its implementation is being rushed.