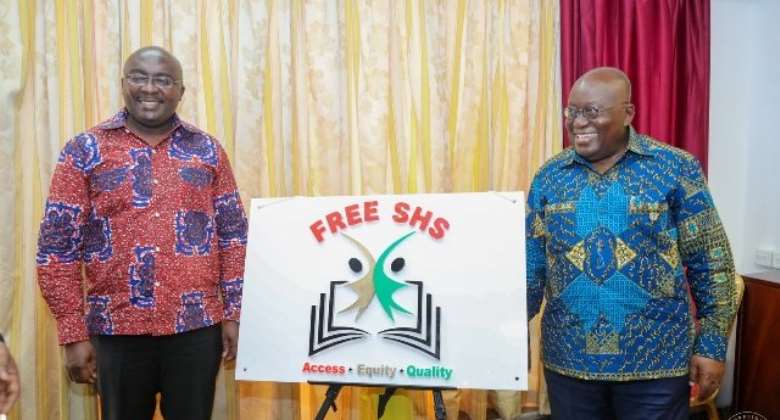 President Akufo Addo says no amount of propaganda will stop government from implementing the double track system aimed at addressing challenges with the implementation of the free Senior High School policy.

According to him, government is determined to explore all options to enhance quality under the free SHS program.

The government’s decision to adopt the double-track (semester/sandwich) system to deal with increased enrollment under the Free SHS programme has been met with mixed reactions.

The objectives according to the government, are to create room to accommodate the increase in enrollment, reduce class size, increase contact hours, and increase the number of holidays. The system divides the entire student body and staff into two different tracks. So while one track is in school, the other is on vacation.

But the opposition National democratic Congress (NDC) say the government must first fix the infrastructural challenges rather than introducing the semester system that they argue, has the potential to compromise on the quality of education.

Some parents have also expressed the concern that the long periods vacation that come with the semester-based double-track system, could cause students to engage in vices as.

But speaking Saturday during the 70th anniversary celebrations of the Ghana National College in Cape Coast, President Nana Akufo-Addo countered the argument of critics of the new semester system at the SHS level. He expressed the confidence that the system will rather lead to an increase in quality of teaching and learning.

â€‹“We cannot wait to address all the issues with infrastructure before we continue with the policy…Far from it being a new intervention that is being experimented in Ghana, t is noteworthy that it has been implemented elsewhere and found to be successful,” President Akufo-Addo told the gathering.

He added: “I am confident that the end result of the system will lead to an increase in quality of our SHS structure; free SHS has come to stay contrary to what…the propagandists and the professional naysayers would have you believe.”