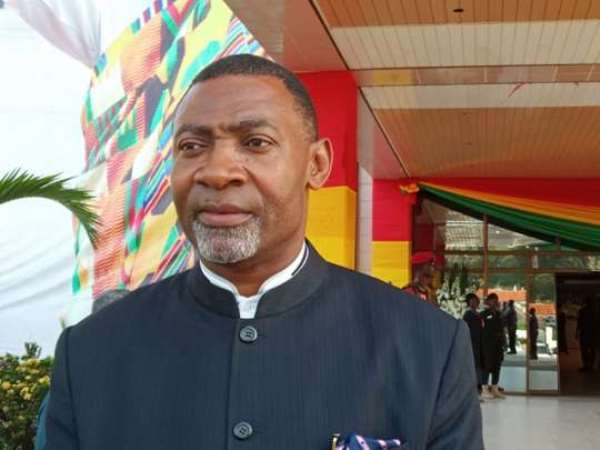 He said the demise of the late former Vice President was a big blow to the nation, Ghana.

Dr Tetteh, who is also the Founder and President of the Worldwide Miracle Outreach, made these remarks in an interview with the Ghana News Agency (GNA) on the side-line of the funeral of the late Mr Amissah-Arthur in Accra.

'We have lost a great person of this nation, who generally loves God and his nation. Who has also served the nation until he was 67 years old,' Dr Tetteh said.

He noted that the late Mr Amissah-Arthur, in spite of his belonging to the National Democratic Congress (NDC) also related well with other political parties.

He said the late Mr Amissah-Arthur had served his nation and his people; adding that 'he has finished well and has left a legacy and his footprints are not ordinary footprints.

'In the nation, we live in now, we need unity which is crucial, and that is what he (Mr Amissah-Arthur) stood for,' Dr Tetteh said.

'I also want to say that politicians should learn from this, and we should leave a better life, so that when we die people will not come and exaggerate at our funerals,' he said.

He also urged Ghanaians to emulate the humility, honest and peaceful nature of the late former Vice President.

He urged the family of the late former Vice President to take comfort in the good Lord.

Mr Edward Doe Adjaho, a former Speaker of Parliament, told the GNA that there was the need for Ghanaians to celebrate people in their lifetime and not when they had fallen.

'Yes, we should honour them and I believe that he (Mr Amissah-Arthur) is one of the finest politicians this country had ever seen,' the former Speaker said.

He noted that he got to know the late Mr Amissah-Arthur at the University of Ghana, some 38 years ago, when they were students.

Mr Doe Adjaho said the late Mr Amissah-Arthur had kept his humble and gentle composure throughout his life.

Ibrahim Mahama is not drinking tea with Owusu Bempah; Ghc107...
25 minutes ago

Govt will not purchase covid-19 vaccines to kill people — Dr...
44 minutes ago