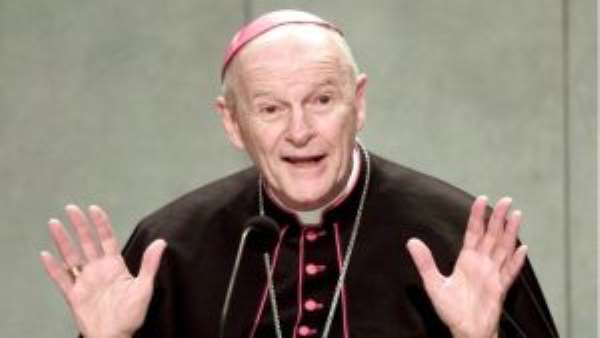 Pope Francis has accepted the resignation of a prominent US cardinal accused of sexually assaulting a teenager nearly 50 years ago.

Theodore McCarrick, 88, a former Archbishop of Washington, must also carry out “penance and prayer” pending a canonical trial, the Vatican said.

Last month US Church officials said the allegations were credible.

Mr McCarrick has said he has “no recollection” of the alleged abuse. Further allegations have since emerged.

The statement also said he would be placed in seclusion “for a life of prayer and penance until the accusations made against him are examined in a regular canonical trial”.

His resignation means the titles of Cardinal and “your eminence” are removed, America Magazine editor and Jesuit priest James Martin said on Twitter.