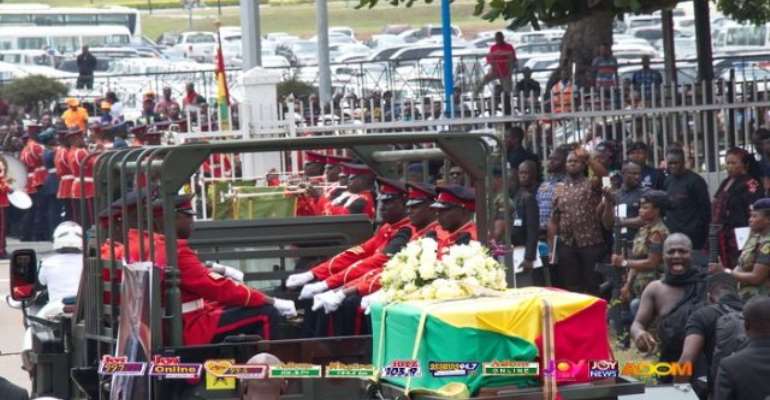 The casket containing the mortal remains of late Vice President, Kwesi Bekoe Amissah-Arthur was Friday, marched through some principal streets of Accra on its final journey to the newly built Military Cemetery at Tse Addo in Accra.

Hundreds followed the casket from the Accra International Conference Centre where pre-burial service was held for the late former Vice President.

Hundreds followed the march to the new military cemetary which was commissioned in April 2018. It has the capacity to accommodate more than 10,000 graves to be made of military personnel, General’s, retired personnel and their entitled families.

The facility also has a space for Presidential and prominent citizens of the country. The Military High Command ensured the new cemetery was built to relieve pressure on the Osu Military Cemetery, which is reportedly running out of burial space.

The new burial ground is landscaped with flowers, walkways, lawns, trees, with emphasis on serenity and orderliness as well as a memorial wall to bear the names of fallen soldiers.

There is also a forecourt where burial service can be organised for the departed before they are buried.

Watch photos of the parade below: 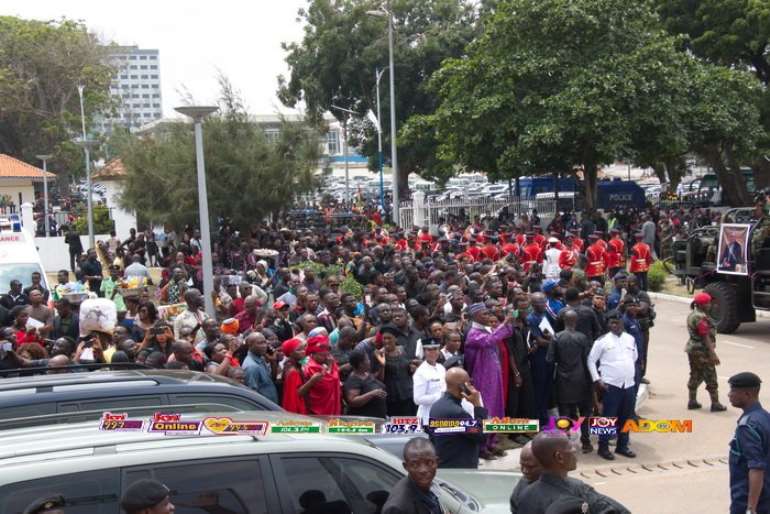 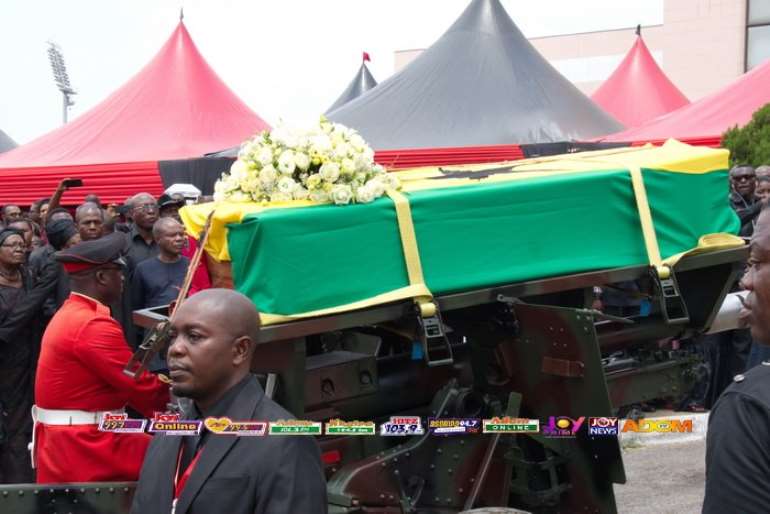 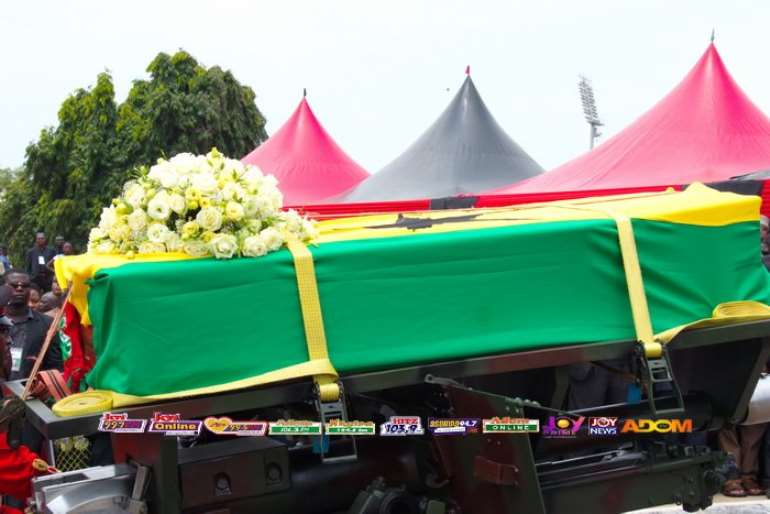 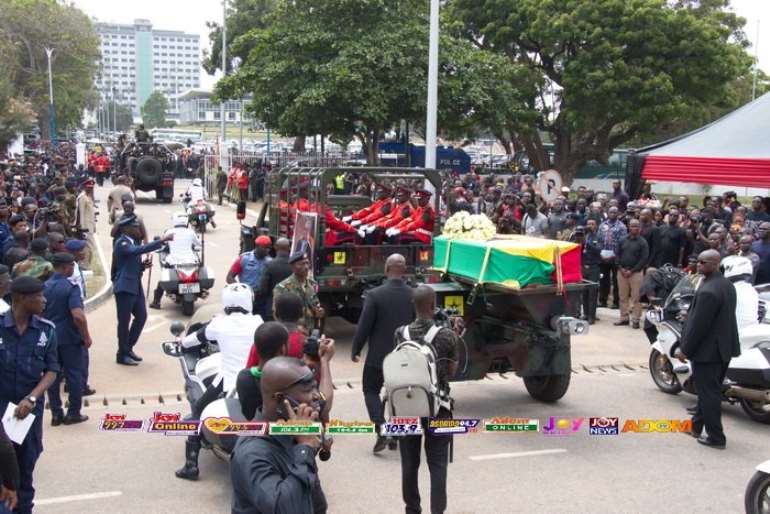 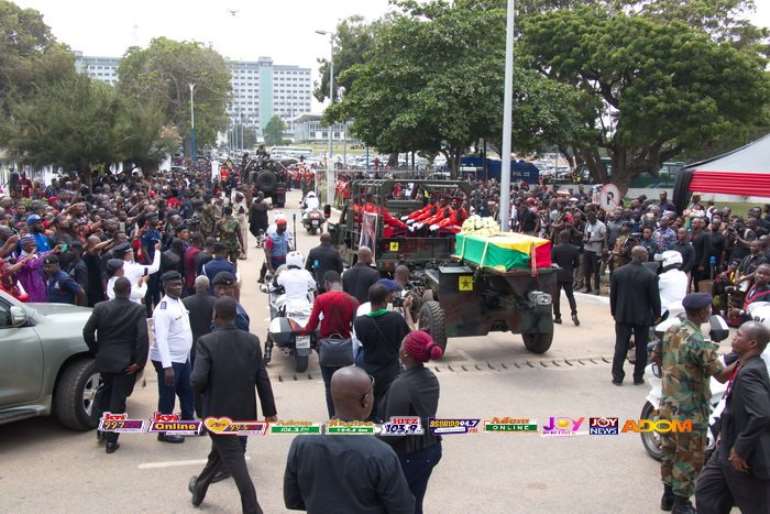 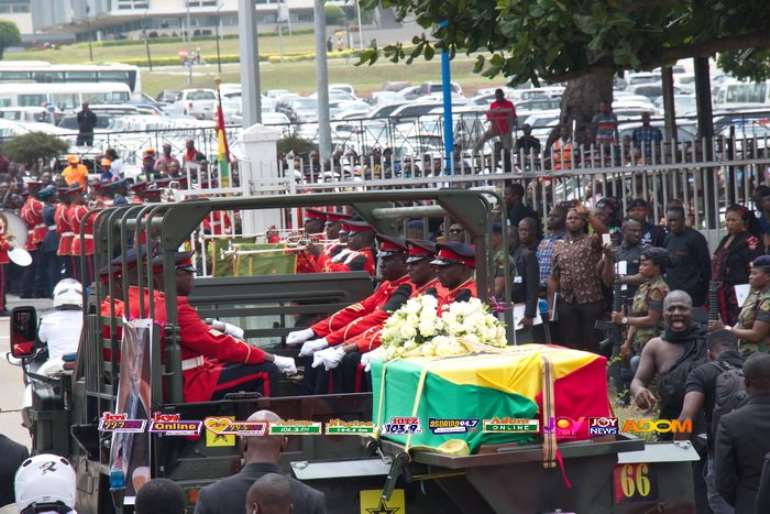 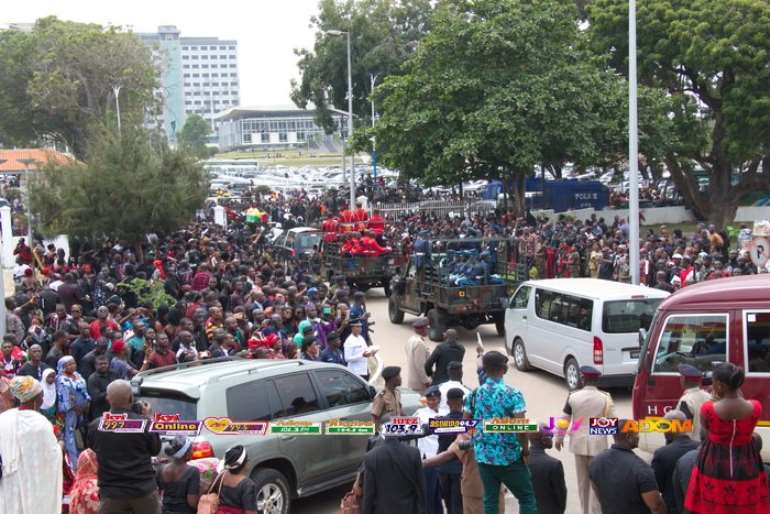 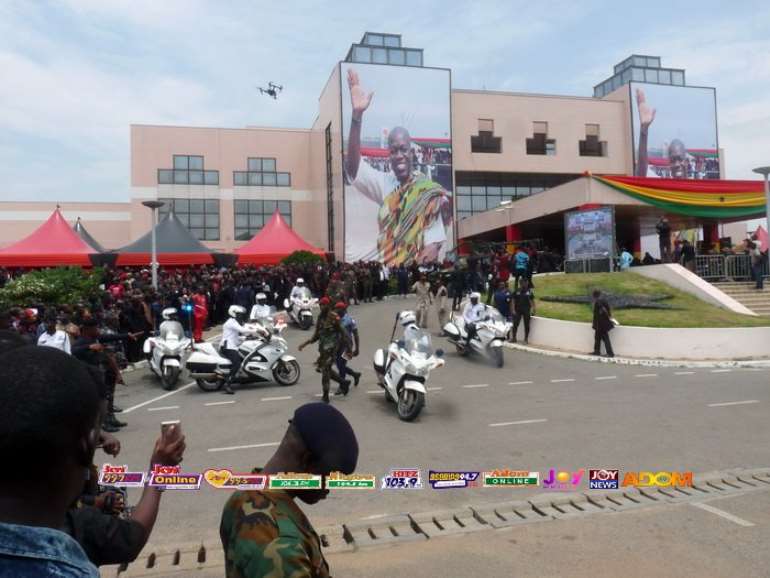 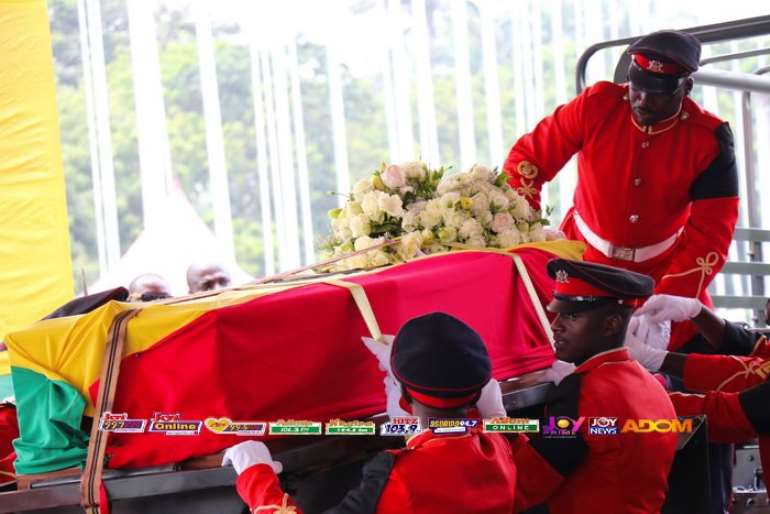