The Dilemma Of Ghana’s Economy 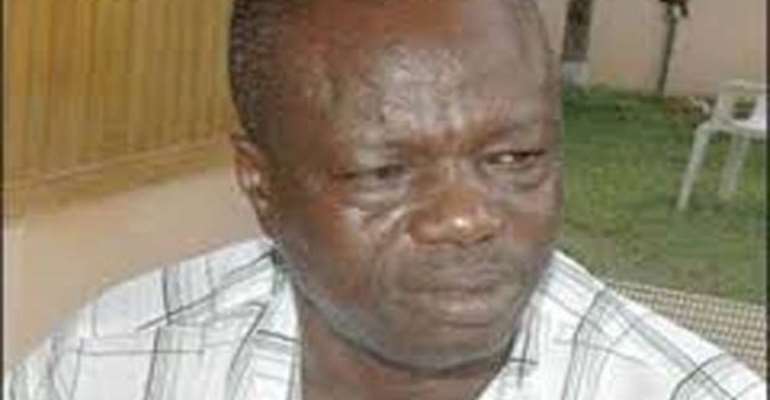 “Fiscal management in Ghana has not been consistently strong. Poor revenue collection built upon an inadequate tax base and low tax compliance have combined with expenditure pressures particularly in election years leading to large and continuous public sector borrowing”.- An IEA Publication

The economy of Ghana, like many African economies, has faced serious cyclical challenges throughout the history of independence. Our economy has experienced needless 'see–saw jinx' to our collective detriment. The truth that needs to be told is that over the years, governments have not embarked on economic journeys that produce economic results. Instead, most of the economic policies of governments have aimed at political results.

Over time, the structure of the nation's budgeting has changed significantly with change of policy directions various governments initiated, in many instances, with external policy guidelines and in some cases, sanction-laden directives. Throughout the 1960s and the early 1980s, government budgets included the prices of cigarettes, beer, sardine, toilet rolls and many of such elitist consumables. Yes, they had been labelled essential commodities.

Ex-pump prices of petroleum products had been fixed in our budgets on assumptions of a certain price of crude oil on the international market vis-a-vis an expected cedi-dollar relation which is also found in the budget. Such budgeting did not help the economy in many ways. Faced with dire foreign exchange shortages in the economy, the limited supplies of fixed prices of commodities that were in short supply created what were described as 'hoarding' and the consequent 'kalabule'. Our efforts in dealing with those economic challenges rather aggravated the situation for a long time.

What dug a huge hole in the nation's finances was the pricing of petroleum products in a fiscal statement when the nation did not have control over the pricing of the crude oil. The failure of the Acheampong regime was his inability to increase the prices of petroleum products on the local market in the face of rising crude oil prices which began in 1973. That single product was hugely subsidized to the detriment of the economy.

These huge subsidies affected every segment of our national economy, crippled industries, agriculture as well as social and the utility sectors of the economy. We were only forced to reason a little when the World Bank and the IMF pushed us into the Economic Recovery Programmes (ERP) and the Structural Adjustment Programme (SAP). One single product which had become a major financial drain on the economy was the importation of crude oil to be refined into petroleum products for both the industrial and social sectors of the economy. Indeed, the less mechanized agricultural sector will not be taken out of the situation. It has seriously been subsidized among our major imports.

The huge debt overhang which has confronted this economy for a very long time has come from the subsidies on petroleum products with its attendant low internal revenue generations. State Enterprises for a long period had been mismanaged and were not adding to government revenues. Indeed, in many cases, government was looking for cash to pay workers of such enterprises which were running at losses.

In the 1990s, Mr. Tsatsu Tsikata, as the CEO of the Ghana National Petroleum Corporation (GNPC), which had been entrusted with the importation of crude oil for the Tema Oil Refinery (TOR), was blamed for huge debt in the petroleum sector. His job was to import the product from the world market at a reasonably lower price so that our industries could run. Sadly, neither the GNPC nor Tsatsu had the power to fix the prices of products for local consumption irrespective of the crude oil prices on the world market. Huge debts were accumulated by government through its policies.

What worsened the crude oil debt overhang on the economy was also the fact that the nation was not generating enough revenues from within to service the debts. However, the Kufuor-led administration took the bold decision to deregulate the oil sector and wash the government's hands of the pricing of petroleum products. Even with regard to that policy, there was a limit the government could allow the prices of the products to run in line with the world market prices.

An IEA document again notes that debt overhang occurs 'when an excessive debt stock introduces negative externalities in the economy beyond the transfer of resources, first on investment and adjustment and then on economic growth. This is because high (current and future) debt transfers lead to anticipation by domestic and foreign investors of future higher taxes and increased uncertainty, both of which create a disincentive effect on the present investment decisions of an indebted country'.

In the midst of these fiscal challenges confronting this nation, any talk about increased taxes to pay off our debts, both internal and external, have always been met with opposition not only from political parties, but organized labour, trade associations, industrialists as well as civil societies and economic and social analysts. The populace generally will complain about hardship and their inability to feed, educate and meet the health needs of their family members.

The recent budgetary review by the Minister of Finance, Ken Ofori-Atta, had generated a lot of speculations long before he read what he had. There had been speculation of percentage point increase in the Value Added Tax (VAT); there were references to the NPP's manifesto promise of embarking upon production rather than taxation; the removal of import duties on selected imported items, among others.

The opposition in Parliament criticized a policy that had not come into being. As a result, they prepared their placards in anticipation of the announcement and embark upon public demonstrations subsequently to shoot down the policy should it be announced. Unfortunately for them, their expectations did not materialize. What is worrying for me is that the government's social programmes, some of which are virtually free of cost to the Ghanaian beneficiary, are expected to be delivered to the letter.

It has become evidently clear that the Free SHS is having a major financial toll on the nation's budget; the NHIA is in deep financial crisis; and our educational infrastructure is incapable of accommodating the thousands of our children who will benefit from the programme. The NHIA is unable to pay service providers of the scheme, whilst hospitals are in very deplorable states. The lingering fear confronting the ordinary Ghanaian today is the fear that public hospital facilities will turn them away when the need arises, giving the excuse that there are no beds for them. They will invariably die before their time.

The rains are about to come to an end. I wish the Ministry of Roads will do an audit of roads whose conditions have been worsened during the rainy season. They also need to be fixed to make transportation safer for commuters. They require huge capital investments. In the midst of the huge national debts of internal and external nature, how do we address the infrastructural needs and offer those 'free' social services to the citizenry without taxing the population?

In the circumstances, we will either have to continue borrowing to offer the free services and the infrastructural needs of the country, with its economic strangulation or provide poor quality free services and poor economic and social infrastructure going forward as a nation. Nations that have developed have done so through their internal economic policies that generate economic benefits and not political benefits. We cannot fear to impose the appropriate taxes on ourselves and expect to raise enough money to pay off our debts and develop the nation. However, the immodest lives of politicians must be taken note of.

I recommend 'WHY NATIONS FAIL-The Origins of Power, Prosperity and Poverty' by Daron Acemoglu & James A. Robinson to our policy makers to help salvage this country from entanglement of debts around our necks. We cannot afford to bequeath these huge debts to our children 60 years after independence. We need a 'business unusual' to put things right in this country.