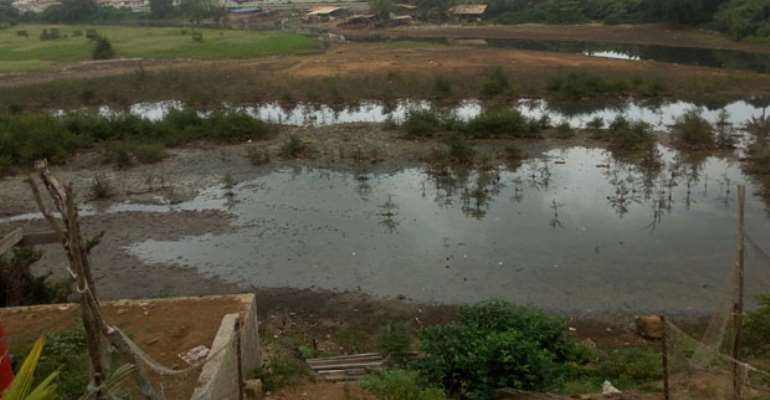 The Sekondi-Takoradi Metropolitan Assembly (STMA) is taking steps to restore a depleted mangrove and wetland around the butuah lagoon at New Takoradi to help preserve biological diversity and promote eco-tourism.

Some experts were subsequently sent from Accra to the area who recommended that a ban should be placed on fishing in the lagoon after confirming that the fish had been poisoned.

For about eight years, the ban had not been lifted and the lagoon has dried up. As a result, the residents wanted something to be done about the situation to revitalize and restore the wetland and the lagoon.

Members of the fishing community claim that there was a link between the wetland and the sea since the wetland produced fish for the sea so when it is depleted it could also lead to a low catch in the sea.

To this end, the STMA is collaborating with some private investors to undertake mangrove restoration activities at the butuah lagoon and develop the area for eco-tourism and also to help boost fish production.

This came to light when the Metropolitan Chief Executive for Sekondi-Takoradi, Kobina Kurentsir Sam, and some staff of the assembly took journalists to the site of the project for some briefing and also seek the views of the residents about the project.

According to the Planning Officer of STMA, Mr Kofi Yeboah, the area used to have mangrove but had been degraded since the ban was issued.

He also indicated that a sea defence wall that had been constructed in the area had also blocked sea water from entering the butuah lagoon adding “so in order to restore it, an engineering work will be done to allow sea water enter the lagoon”.

He also mentioned that to avoid polluting the lagoon again, all the refuse around the area would be cleared and a filtering dam would be constructed to help filter all the dirty waters from gutters in the metropolis that entered the lagoon.

“The restoration of the mangrove and the wetland is aimed at improving the ecology of the area and bringing back the fish, particularly tilapia that were caught in the butuah lagoon,” he explained.

He pointed out that the private investors, who were working with the Ghana Ports and Habours Authority (GPHA), would use about 40 per cent of the wetland to construct a tank farm.

Speaking to DAILY GUIDE in separate interviews, the residents expressed their joy about the project but suggested that there should be more community engagements to explain the benefits of the projects to the people.

A former assembly member for New Takoradi, John Koomson, explained that about eight years ago when fish in the lagoon started dying, some experts came from Accra who detected that the fish in the butuah lagoon had been poisoned.

He pointed out that wetland conservation also served as a breeding ground for fish species, and also helps to sequester a lot of carbon more than the normal trees.