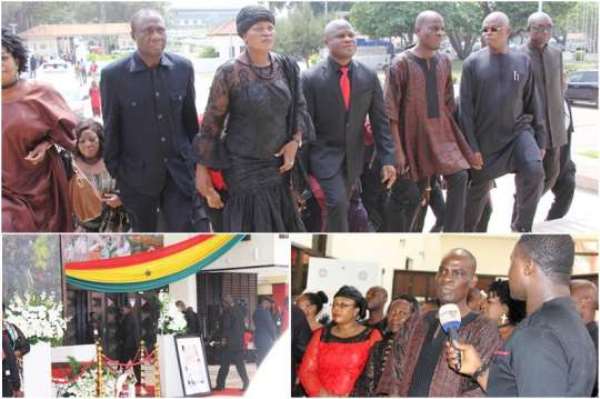 The late former Vice President's mortal remains is lying-in-state at the foyer of the Accra International Conference Centre for the public to pay their last respects.

His funeral service would be held on Friday, July 27, from 0900 hours to 1200 mid-day at the main auditorium of the Accra International Conference Centre.

This would be followed by his internment at the new Military Cemetery at Burma Camp.

Dr James Klutse Avedzi, MP for Ketu North Constituency in an interview with the Ghana News Agency described the demise of the late former Vice President as big lost to the nation.

He also praised his humility and integrity.
GNA