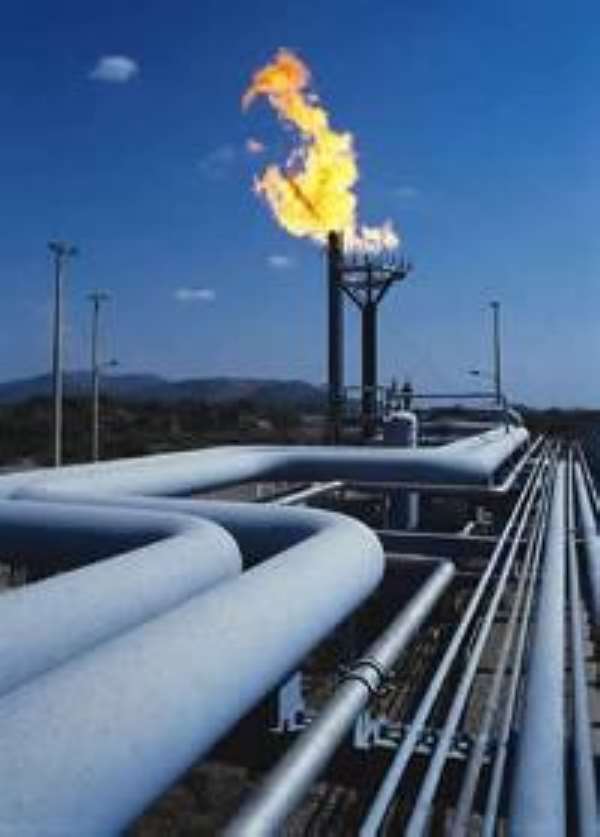 The District Chief Executive (DCE) for Ellembelle, Bonzo Kwasi, has sent a word of caution to regulators and stakeholders in the oil and gas industry of a likely related unrest if steps were not immediately taken to avert the danger.

He said living conditions of people hosting the oil and gas commodity continue to deteriorate, considering the fact that the indigenes of the District were feeling the negative side of hosting the production of oil and gas. This has made the living standard of the Ellembelle District very expensive.

He mentioned, for instance, that the social cost of the production of the commodity has become an albatross hanging around the neck of the indigenes, contrary to their expectations that the commodity was going to alleviate the problems of the country, particularly the host communities. He bluntly pointed out that the discovery of the oil and gas was almost becoming a curse to his district, and if the trend was not reversed, could spell a problem for them and the players in the industry.

Speaking at the turn of the Ellembelle District Assembly Town Hall meeting, Bonzo Kwasi, popularly known as 'Bonzo K', minced no words when he warned that the social cost of oil and gas production had become so huge, and that if left unattended to, could pose a grave threat to the oil and gas industry.

He warned: “I see very imminent danger, and if we don't act and act decisively, there is going to be agitation in our district.”

He said, already companies in the construction stages of oil and gas production, such as ENI, had had their fair share of agitations and labour unrest.

Next, he assumed, could be those in operations, and “I believe as Assembly Chief Executive, it is incumbent to work to forestall them from happening.”

To that end, he mentioned that the Assembly had approached the Petroleum Commission, the regulator of the industry, and International Finance Corporation (IFC) to sit with the Assembly to fashion out a mechanism for bringing the benefits of oil and gas production to the doorsteps of the people of Ellembelle.

He added that until that was done, “we will continue to deceive ourselves as the hub of oil and gas production, yet very little is seen on the ground.”

He continued and stated bluntly that the benefits of the oil and gas production were not trickling down, rather, “we are facing serious consequences as a result of hosting the production of the commodity.”