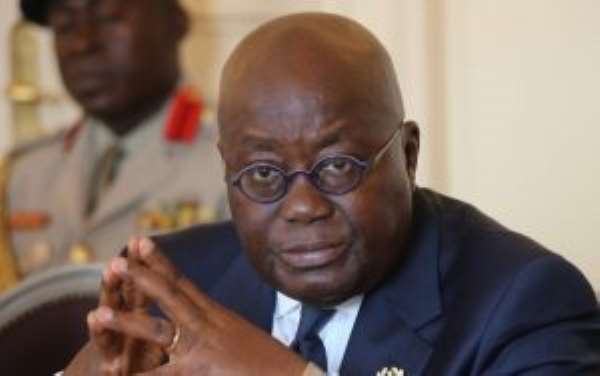 A group known as the Dynamic Youth Movement of Ghana (DYMOG), has joined the growing number of groups and individuals who have questioned the nomination of IEA’s Jean Mensa as Chairperson of the Electoral Commission by President Akufo-Addo.

The President on Monday nominated the Executive Director of the Institute of Economic Affairs (IEA), Jean Adukwei Mensa to be EC Chair, two others as Deputy Commissioners, and a Commission member to replace the former officials who were removed and one who retired.

The nomination was done despite a lawsuit against the appointment of a new chair for the Commission.

The group in a statement said the President should have waited for the conclusive determination of the suits before putting out names for consideration.

It has thus asked the Council of State to intervene by calling on the President to recall the nominations of all the officials till the Chief Justice expedites action on lawsuits against the appointment of the EC chair.

“This is really avoidable!The Chief Justice should expedite action on the suits so they can be concluded expeditiously. These cases are of huge public interest so their timely conclusion is vital. All political parties and other stakeholders should exercise restraint and exploit legal means to address their concerns,” the statement added.

Charlotte Osei removed
President Akufo-Addo on June 28, 2018, removed the Chairperson of the Electoral Commission, Charlotte Osei and her two deputies – Amadu Sulley and Georgina Opoku Amankwa from office upon the recommendation of a committee set up by the Chief Justice, to investigate separate complaints brought by some Ghanaian citizens.

Charlotte Osei was accused of various procurement breaches, whilst the deputies were also found guilty of same offenses as well as financial malfeasance.

Although government spokespersons have justified the move, some members of the opposition have challenged it, saying Madam Charlotte Osei, who was appointed by then-President John Mahama, was only hounded out to enable the NPP rig the election in 2020.

Court cases
The Editor-in-Chief of the Crusading Guide Newspaper, Mr. Abdul Malik Kweku Baako, has sued the government over the dismissal of Charlotte Osei.

In a writ invoking the original jurisdiction of the Supreme Court for the interpretation of the Constitution, Mr. Kwaku Baako argued that the Chief Justice Committee which investigated petitions for the removal of the EC Boss exceeded its constitutional mandate.

He thus asked the Supreme Court to pronounce the removal inconsequential.

His suit came after another Ghanaian, Fafali Nyonator, also sued the Attorney General against the removal of Charlotte Osei.

Supreme Court can't stop President
But Godfred Dame, a Deputy Attorney General in an interview on Metro TV's Good Evening Ghana, had said the appointment of a new EC chair will go ahead regardless of the legal lawsuits.