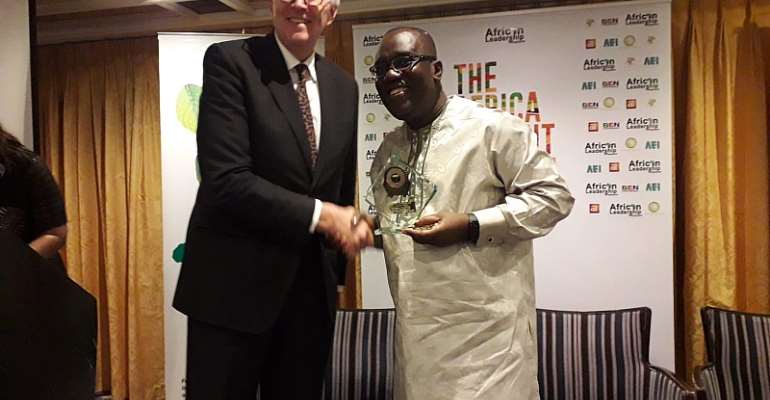 The attention of the Management of Forestry Commission has been drawn to a publication on www.ghanaweb.com, from an alleged press conference which was held by Parliamentarians of the National Democratic Congress (NDC) on the morning of 24th July 2018, and other sources, relating to the above-mentioned caption.

The extent of misrepresentation of the reality is very compelling to the Management of Forestry Commission to respond to it with the facts below.

Since the inception of the current Government, the Ministry of Lands and Natural Resources, at the instance of His Excellency the President of the Republic of Ghana, Nana Addo Dankwa Akufo-Addo has embarked on a very rigorous campaign to clamp down on illegal mining activities, known in our local parlance as “galamsey”, and a phenomenal achievement is known to have been recorded in that regard. In the process, a number of uncovered pits have been discovered to have been abandoned unattended to, in a number of forest reserves by illegal miners who have been ejected from these areas.

Some chiefs wrote to the Sector Minister, Hon. John – Peter Amewu, to complain that these mined-out pits have become death traps in their communities,

In view of this, the Honourable Sector Minister, John-Peter Amewu, directed that as part of the implementation of the Forest Investment Project (FIP), necessary measures should be taken to reclaim all affected areas to restore the vegetative cover and also to prevent loss of precious lives. (Reference Number SCR /FC-100/124/01)

The Forestry Commission was therefore directed to carry out pilot reclamation exercises in the Fure Forest Reserve in the Western Region, to serve as a learning area for replication in other areas. After having attained preliminary results from the pilot study, which was confirmed in a joint field verification exercise.

In all, 47 companies applied for permits to engage in reclamation projects in 11 forest reserves. In processing the permits, the final selection of companies was premised on the under-listed considerations:

i. The permit was not transferable
ii. Foreign Companies were disqualified from applying for reclamation permits.

iii. Companies were to submit their work programmes for the project.

iv. The permit was valid for a period of 12 months and it was renewable subject to fulfilling of all the terms and conditions stated.

v. The permit did not allow a company to conduct any form of mineral exploration and mining activity in the allocated area.

vi. The permit did not allow the company to undertake any form of timber exploitation.

Grant of Reclamation Permits
After a careful evaluation of all the application letters submitted by the 47 companies, 28 of them qualified and were granted permits to commence reclamation operations.

The permits given to the 28 companies were all to be executed under the following conditions:

Forestry Commission also informed the applicants that the entry permit was strictly for reclamation purposes and under no circumstances should it be misconstrued by the applicant for a permit to undertake mining operations in the Forest Reserve.

Also, the companies would be monitored in their activities and the Forestry Commission would not hesitate to withdraw the permit if they flout any of the conditions spelled out in the permit letter.

Abuse of Reclamation Permits
It came to the notice of the Forestry Commission that some of the have environmentally abused the reclamation permits given to them. In addition to that, some unscrupulous persons had resorted to “selling” copies of the permits to some foreign nationals, giving them access to the mined-out areas to engage in nefarious activities.

These persons claimed they had been given the permits by the Chief Executive of Forestry Commission, Mr. Kwadwo Owusu Afriyie, to reclaim degraded lands, while they also engaged in illegal mining and other illegal activities.

Suspension of Reclamation Permits
All reclamation rights were therefore suspended, pending a total cleansing of the system and to put in place effective monitoring apparatuses to ensure a healthy working system. Further measures will be taken to sanitize the system. Until then, all reclamation permits were suspended.

There is, therefore, no way in which the Chief Executive can be involved in illegal mining activities as it is being portrayed in the said publication.

The fact that s couple of abuses have been reported since the implementation of the forest reclamation operations, makes it naturally difficult for this office to rule out any such incursions anywhere in the country, which will obviously be contradicting the aforementioned explanation.

As far as records available at the Chief Executive’s office are concerned, the status quo depicts the latest moratorium, after which no official report on any abuses have been received from anywhere to lend credence to the publication on www.ghanaweb and other sites.

In our opinion, the seriousness of the allegations calls for an in-depth investigation to establish its veracity or otherwise in order to provide a basis for dealing with the root cause and for that, whoever might have been implicated in the offense.