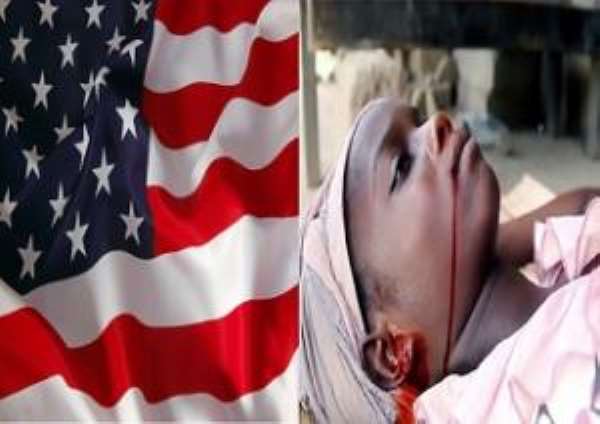 After exposing the US government on ModernGhana news site for testing Ebola in the Democratic Republic Of Congo, this is what emerged in the world news yesterday. (July 24, 2018).

“The outbreak of Ebola in the Democratic Republic of Congo (DRC) has been declared over with authorities praising the swift and effective response.”

“It is now 42 days since the last case of the haemorrhagic fever was notified, meaning that the incubation period for any new cases of the disease to emerge has passed.”

“The outbreak - which affected 53 people, killing 29 - was first declared on 8 May in Bikoro, a rural area in Equateur province.”

“There were fears the disease would spread because of the area’s proximity to the Congo river, one of the main transport routes in the country, linking the province to the capital of DRC, Kinshasa, as well as Brazzaville, the capital of neighbouring Republic of Congo.”

The first article entitled "A Warning To The US Government: Stop Testing Ebola Biological Weapon In Congo," which appeared in ModernGhana news on May 26, 2018. (ModernGhana article reference: https://bit.ly/2ujWWEK), generated a lot of abusive comments.

Then scientist Johan Van Dongen joined the ModernGhana news as a columnist. Thereafter we published “Where Are The Ebola Attackers On ModernGhana News Site? ModernGhana news reference: https://bit.ly/2JTq62O. In the article, we did mention that Congo will soon be free from Ebola, and now it has happened because the US government has been exposed.

However, we need to warn Africans (not African leaders because they are corrupt) that the US government is always looking for other invincible ways clandestinely to commit medical crimes to reduce the population of Africa. Therefore, if Ebola testing has been exposed, they will find a new method.

They know us, we know them, if the needle says “he is powerful, then he must sew the hole in its head.” I quote “The outbreak of Ebola in the Democratic Republic of Congo (DRC) has been declared over with authorities praising the swift and effective response.”

Not at all, we ( Journalist Joel Savage, Scientist Johan Van Dongen, and Dr. Wolff Geisler), need to be praised for exposing the US government, World Health Organization, and the Centers for Disease Control.