Your Taxes Are Needed To Develop Your District - SRD 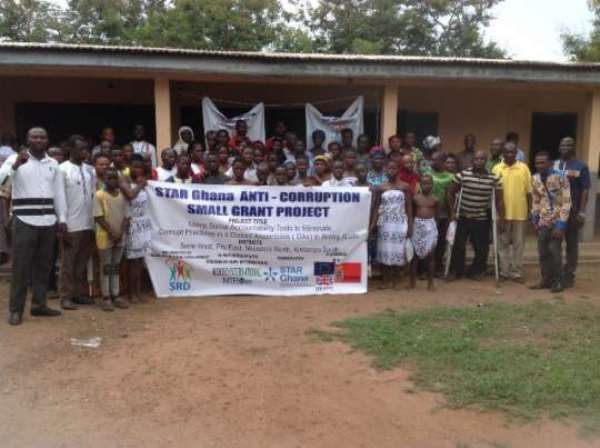 There is the need for all to pay their taxes as it is a major source of revenue for financing activities in the assembly and accelerating development plans in the society.

Mr Adams Antwi, Director of Search for Rural Development (SRD), said many people hardly pay their taxes as they lack understanding of the benefits of such mandatory acts.

The forum, held at Yeji in the Pru East District, was to train the citizens on social accountability and to educate them on the duties of the Assembly.

Search for Rural Development (SRD) NGOs which works to promote accountability and good governance is based at Sene West, Sene East and Pru East districts; and it is currently working in partnership with Mission of Hope (MIHOSO) International on this project.

Mr Antwi said the payment of taxes is the duty of every citizen since the future of the economy depends on payments of taxes and there are consequences of non-payment of taxes.

Government uses taxes for the construction and improvement upon social amenities and infrastructure, he said.

Mr Vincent Banye, the Pru- East District Deputy Director, called on the assembly members to involve the public in their duties to enable them become familiar with their roles at the assembly.

He urged the assembly members to build proper relationships in the communities they live to enable the public to share their problems with them.

Mr Banye said there is also the need to consult the public to know their needs before contracts are awarded to prevent abandoned projects as seen in some communities.

He urged the assembly to also construct projects which have long live span.

At the open forum, Daniel Tachie of Alive FM said, said on different occasions, he has informed the assembly on various infrastructural deficiencies concerning the assembly hall in the Midwifery Training School but has have not seen any changes.

Mr Asumah Boateng Victor, Internal Auditor of the Pru District Assembly, said many citizens do not know where to report or log their complain for redress.

Mr Abeiku Dennis, an Assembly man in the area, called on the assembly to attend to their concerns as the usual complain of lack of funds cannot be sustained.

Similar forum was also held at Kwame Danso Sene West and butchers at the forum complained that the assembly did not consult them before a slaughter house was built and this structure is not easily accessible to them.

Madam Alice Berko expressed her gratitude to SRD for creating the forum for them to highlight their concerns.