Agenda 2020 And Beyond: The NPP Should Rebrand Themselves 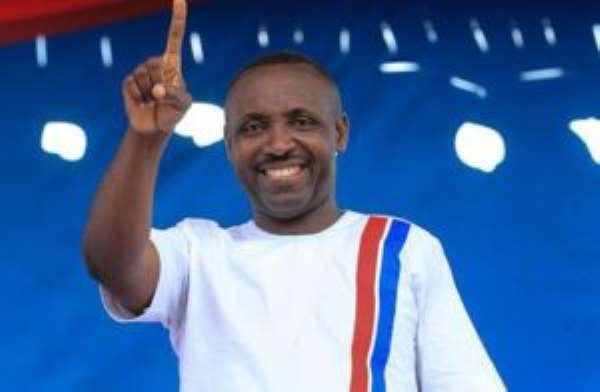 By Kwadwo Afari
The New Patriotic Party (NPP) conference to elect officers who will run the party for the next four years has come and gone. The end justifies the means, they say. It is dispiriting, however, to tune back to the past week and discover that underneath the successful end of the Conference, the juggling for power and the whole attempt to highlight the party, the NPP remains every bit as ideologically lost, rudderless and without a coherent vision. Like maps, visions show many concrete features in order to enable people focus on key paths to the goal and set the agenda for both thought and actions.

The first real business of a delegates' conference is the formulation of policy proposals that make up the platform, and delegates take the platform as a statement of their common interests and commitment until the next conference. However, for this Conference, most leadership aspirants did not talk about policy beyond the quest for power. Those who did talked as if the party and government are the same. The vulgar show of opulence, the lack of comradery among party faithful, the arrogant posture of certain party members, personality clashes, the alleged buying of votes, the abuses and willingness to defame others in the quest for power, reinforced the notion that deep cracks exist in the NPP and makes the NPP weak going forward.

Koforidua was not about a grand vision or specifics. It was about a power grab. The anger, insults, defamation of opponents and the alleged bribery of delegates reiterate only one message: the only thing that matters is winning, at all cost. The desire for power blinded aspirants to the opportunities for democratic representation, deliberation, activism and change and denied the people any benefits from this rare and brief exercise of free choice. Why is this dangerous? Primarily, without any informed ideological debate, delegates lost their faculties of thinking, feeling and the right to make informed choices.

Then there comes the bigger questions: Does the election of Freddy Blay reflect the emergence of a new NPP – where the collectivism of the socialist Convention People's Party merges with the individualistic Liberalism of the NPP to form a more perfect party? The NPP creed rested on the foundation of individual freedom and liberty – but that was the old UGCC of J.B. Danquah?

On the other hand, could this be the beginning of a new party? A new party where ideology is not ridiculed but party members are bold enough to talk about new reform ideas on schools, welfare and devolution to the districts. Or the party where members just seek to further their individual and friends' interests and most adherents speak of the beauty of collectivism and the righteousness of social justice and income equality and unashamedly extol the values of dependence, eternal childhood, and cradle-to-grave government control.

Having said all these, the conference was a success where elections go and buttressed the point that intra-party democracy in this country is growing. Nevertheless, it is vain to summon a people, rendered so dependent on individuals and central power, to choose from time to time the representatives of that power. Those who won should remember they are not victims and resist any attempt to allow themselves to be co-opted by revisionists and other extremists, people who just want to fill their pockets and position themselves for future positions, to embark on unnecessary witch-hunts that would divide the party further.

Those who lost should also stop behaving like crotchety reactionaries who blame fifth columnists and others for any woes they may have. The NPP is not supposed to be wired in a way that abhors debate and argument. Winners and losers and the party should be embarrassed at the thought of blaming difficulties on internal enemies. Winning at Congress is not the entire story. This is the time to change the image of the party and embrace head-on difficult but necessary reforms. Wasting time and energy in depicting those who hold opposing views in the NPP as evil personages who want to lead the party down dangerous paths would be dangerous.

Blay won fairly and squarely. However, he should remember his brand of “bourgeois socialism” — that is, a system of government regulation, redistribution, favours and privileges that benefits special interests would not work. Neither would big government, capable of printing money that wields the power of life and death over the citizens of this country. His emphatic endorsement has only one meaning: this is not the time to preside over a group of hypocritical, holier-than-thou, hopeless, sneering crony-capitalists' who have betrayed their values. Party organization and administration is not merely a process that is good for its own sake and unless the NPP organizes to win, it will not win. The political party that contents itself with holding endless meetings and plod along involving a few cronies in discussions that never lead to action or to victory are doomed to fail again and again. If Blay and the team want to go fast, they can choose to go alone. If they want to go far and win, then they should go together, with the party united.

Recognising a common enemy and inventing a common language of struggles are certainly important political tasks. The biggest problem the NPP faces is an identity crisis. That is absurd. The NPP should be bold to redefine who they are – social democrats or classical liberals/conservatives. The party should re-orient the members on the identity of the party and offer a general orientation to members, citizens and voters on the guiding principles and ideas of the party. We should never forget that Ghana already has several self-proclaimed social-democratic political parties; there is no need for another one.

A freedom-loving party must reject policies that reward unproductive citizens at the expense of the productive citizens. The old rural economy and the fortunes of the people who participated in the informal economy depended solely on an individual's own actions and reliance on personal judgment and initiative. Commercially, the people executed their own business contracts and made their own financial arrangement; in religion and culture, they pursued their own education.

The label free market capitalism has been thoroughly twisted by modern day Robin Hoods into the defence of economic gamblers and promoters. The time has therefore come for a return to a property-owning state – a time when there was virtue in hard work and our people lived according to a strict moral code of individual initiative and a personal responsibility for success in the rural agrarian economy, which was free in all ways.

The open, competitive market economy gives individuals wide latitude and liberty over their own personal affairs. The market enables each of us to make his own choices concerning the career, jobs, or productive calling to pursue. The free society of individual liberty and voluntary association provides truly participatory opportunities to better our lives materially, socially, culturally and spiritually.

It is time for the NPP to wake up, stand up, and walk away from trying to be a social-democratic party. The right to private property is foundational to freedom. Indeed, the main problem is the New Patriotic Party and its leadership. The political outlook is outdated and bogus. So how can Chairman Blay and Nana Addo Dankwa Akufo-Addo fix it?

The challenge now is for the NPP to choose to fight on subjects that are critical to win and chosen because they highlight the party's strength over the other parties: the economy. Politics is clearly about ordinary citizens seeking solutions. People want progress. They want prosperity and security. They want a government working for them. Here are their top concerns:

Finally, the NPP has been handed an excellent opportunity for the 2020 election. Party members have been clear. It is now time for the NPP to be clear, unified, consistent and effective, reaching out to all citizens who are ready to put country before party.