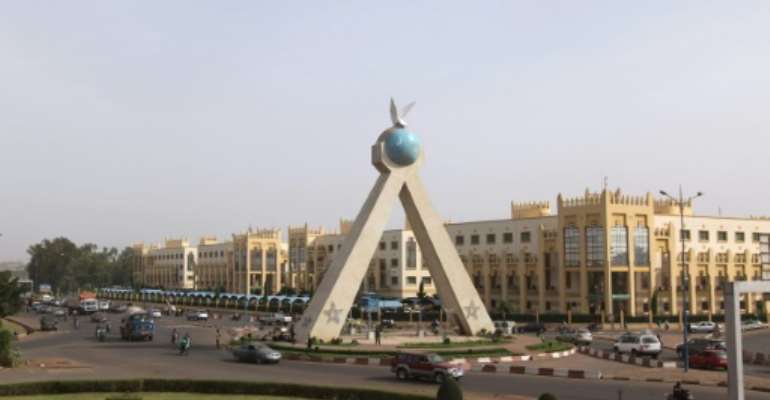 This file picture taken on March 21, 2017, shows the peace monument in the Malian capital Bamako. By SEBASTIEN RIEUSSEC (AFP/File)

Dubai's global ports operator DP World said on Wednesday it has signed a deal to build a logistics hub outside Bamako, the capital of Mali.

The logistics hub will be located on the main road between Senegal's capital Dakar and Bamako, in southern Mali, and close to the rail link between the two West African cities.

It will have a capacity to handle some four million tonnes of general cargo annually, DP World said in a statement.

The concession agreement was signed in Dubai on Monday by Mali's transport minister Moullaye Ahmed Boubacar.

The United Arab Emirates firm will invest $50 million (43 million euros) in the first phase of the project, with construction due to start next year and take 18 months to complete.

The deal is automatically renewable for another 20 years.

The hub will provide the logistics platform to promote the import and export of goods through Dakar's port, also run by DP World.

The Dubai-based company operates around 78 terminals in 40 countries worldwide and last year it handled some 70 million containers.

Investors from the oil-rich Gulf states in 2014 pledged some $19 billion to the West African Economic and Monetary Union, of which $16 billion was committed by UAE firms.

UAE and other Gulf countries made contributions to the French campaign against jihadists affiliated with Al-Qaeda who overran northern Mali in 2012.

France intervened in 2013 to drive the jihadists back but swathes of central and northern Mali remain wracked by violence, which has spilled across its borders.