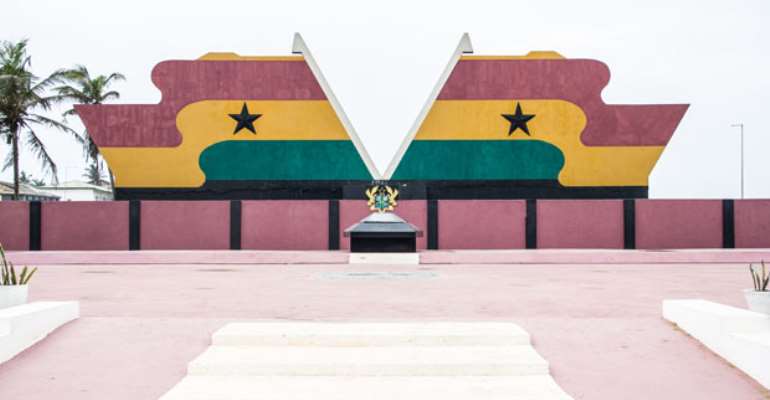 Six years after the burial of the first sitting president to die in office at the Asomdwee Park, a place earmarked for the internment of the first gentlemen of the state, the place is in a vegetative state almost abandoned to its fate.

As the country marks the 6th anniversary of the demise of President Mills, his successors appeared to have neglected his final resting place with Atta Mills family requesting for the return of the body.

They demand the return of the body to enable them give him a befitting burial instead of leaving him alone in Accra.

It's not clear if Kwesi Bekoe Amissah-Arthur, the immediate past vice president who died recently and slated to be buried this week will also be buried at the Asomdwee Park.

When DAILY GUIDE visited the place yesterday, it was bereft of the features of a presidential burial ground as it showed signs of dereliction by those charged with maintaining the place.

For tired hawkers, the place offers them a resting place after selling their wares under the scorching sun along the Castle Drive Road and the nearby areas.

Considering the pomp and pageantry, not forgetting the controversy which greets the eventual burial of the late President John Evans Atta Mills, the new-look of the place evokes surprise.

With lawns weedy and the occasional straying of goats and sheep to the place, it can safely be concluded that perhaps those in charge have abandoned the presidential cemetery.

Someone surprisingly approached this reporter seeking to find out his mission and would have turned him away but for his conviction that indeed his mission was touristic in nature. Perhaps an earlier report about the poor state of the place could have informed his action.

Seeking to compare it to world renowned cemeteries like the Arlington Cemetery for the US military, would be a tall thing to do. It is just incomparable.

The grave is decorated with Ghana's Coat of Arms, the only beautiful thing about the final resting place of the former President whose death shocked the entire country.

The nearby empty tombs do not look any better as they spot broken down monoliths. Those in charge of maintaining the place should have removed the broken pieces of masonry so that the place can look a little kempt.

One of the prominent features of Asomdwee Park is the photograph of the late President on display but these too look faded and require replacement.

The metallic gate of the burial ground is out of the hinges and has been placed in an obscure corner close to where it should have been in the early days after the burial of the deceased.

Not even the daily morning sweeping of the place has spared it the appalling look of empty pure water sachets, empty soft drink cans and pieces of paper.

The only attractive features of Asomdwee Park are two white geese, an empty fish pond begging for attention, two ostriches and few guinea fowls strolling on the grounds.