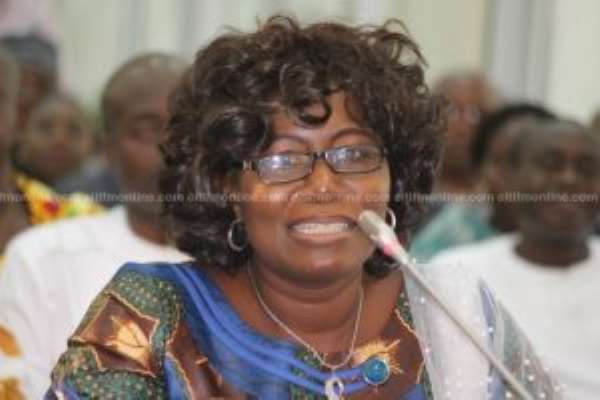 The Ministry of Fisheries and Aquaculture Development has outlined a package for fisher-folk who will be affected by the ban on fishing in August, 2018.

This comes barely a day after the Ghana National Canoe Fishermen Council threatened to sue the Ministry over plans to ban fishing activities.

According to Sector Minister, Elizabeth Afoley Quaye, a portion of profits realized from the sale of premix fuel has been set aside for distribution to fisher-folk to lessen the severity of the economic impact from the expected ban.

Delivering a statement on the floor of Parliament, Elizabeth Afoley Quaye said the ban is to ensure the dwindling stock in the country's waters is replenished.

“To mitigate the negative impact of the closed season, the following measures have been put in place. Alternative livelihood committee has helped selected communities to implement alternative livelihood schemes. Example; collecting and processing of plastic for money. Landing beach committees are to use some mixed portions of the 53% of the premix fuel margins meant for development to all fishers identified within their landing beach committees.”

Fight against ‘illegal fishing’ to be intensified

Meanwhile, the Ministry says the fight against illegal fishing methods will be intensified during and after the close season next month.

According to the Ministry, the fisheries enforcement unit has been directed to intensify their surveillance during the period.

Government has imposed a ban on all fishing activities in the sea effective Tuesday, August 7 to September 4 2018.

In an interview with Citi News, Deputy Minister for Fisheries and Aquaculture Development, Kingsley Francis Ato Cudjoe, said series of stakeholder engagements will be held to conclude on the punishment to be meted out to individuals engaged in illegal fishing.

“We will agree on the modalities in terms of punishment that should be meted out to chief fishermen who are engaged in illegal fishing.” 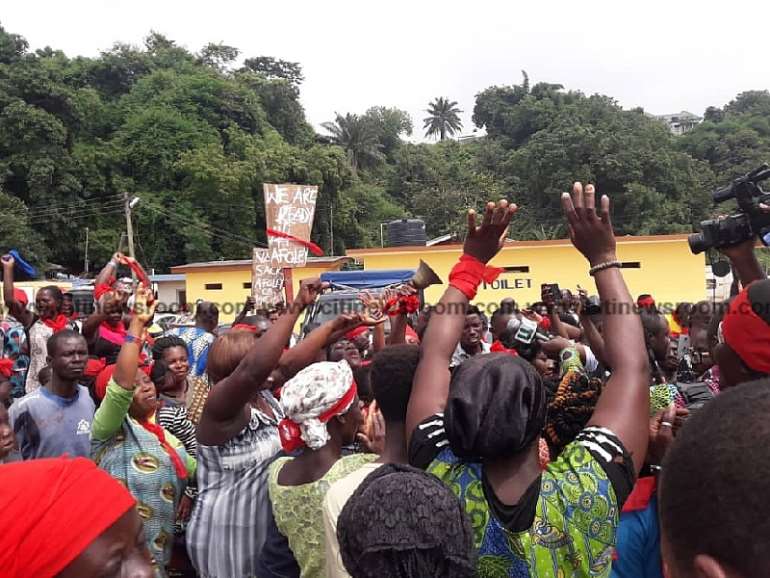 Some fisher-folk at James Town and Chorkor in Accra have told Citi News that the ban must not be implemented because it will affect them and their families.

“I make between GhC100 and GhC500 daily. I can't do any work but fishing; I have been doing it since childhood. I have been a fisherman for 46 years and have never witnessed a ban on fishing activities. We are against it,” one of them stated.

Another said that if the government should ban fishing, he will not be able to take care of her family.

“I have been doing this work for forty years. This is how I am able to cater for everyone in my family. What does the government expect me to do when the ban is imposed?”

In the Western Region, the fisher-folk have demonstrated against the intended ban. A similar protest which was to be held in Accra, has been put on hold due to an expected response to their concerns from government in the coming days.

In 2017, the co-convener of the Fisheries Alliance, Richster Nii Armah Armafio, said that the Fisheries Commission was working with the implementers of the Sustainable Fisheries Management Plan Project to bring a halt to all fishing activities for one month this year.

The reason given at the time was that such an act would help in the regeneration of fish stock in Ghana's fishing waters.

“Scientists are telling us that Sadinella stocks are pregnant around August and so if you have observed when you get them, they have a lot of eggs in them. The idea is to allow August to pass so that they will lay their eggs for the juveniles to go into the wild. The adults will then be available for capture.”

“You need every fish to spawn at least once to keep the cycle going. If we want to restock our fisheries, we need not disturb the spawning process.”