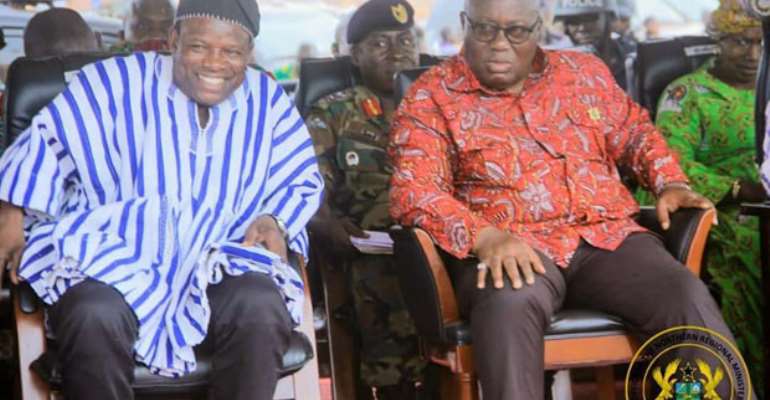 President Akufo-Addo has praised the Northern Regional Minister, Salifu Saeed for working hard to address the chieftaincy crisis in Dagbon.

According to the President, the Northern Regional Minister has not taken sides in the matter which is a shining example for others.

“He is not taking sides just like me; I am not Abudu or Andani and I am a Ghanaian.”

He urged the good people of Northern Region to support Mr Saeed and the Regional Coordinating Council (RCC).

President Akufo-Addo reiterated his commitment to addressing the age-old conflict in Dagbon.

According to the President, the crisis has denied the Northern Region developmental projects.

The President added that finding a lasting solution to the age-old conflict would be a major achievement for his administration.

He, therefore, called on all traditional rulers in the region to embrace peace.

He assured them that he would adopt the recommendations of custodians of the Dagbon tradition to ensure peace, stability and growth in Dagbon.

The chief of Sagnarigu, Naa Yakubu Abdulai, expressed his gratitude to President and his administration for promoting peace in Dagbon.

He said the Dagbon Traditional Council is working around the clock to defuse tension to ensure the socio-economic development.

According to him, although the region is endowed with resources, it's one of the poorest in the country largely due to conflicts.

Meanwhile, Naa Yakubu Abdulai has lauded government for implementing social intervention policies such as 'Planting for Food and Jobs,' One Village, One Dam, One District, One Factory and free SHS.

“These are policies that will to a large extent improve the lives of Ghanaians and promote economic independence.”