Ex-SSNIT Boss, 4 Others Charged With Causing Financial Loss To The State 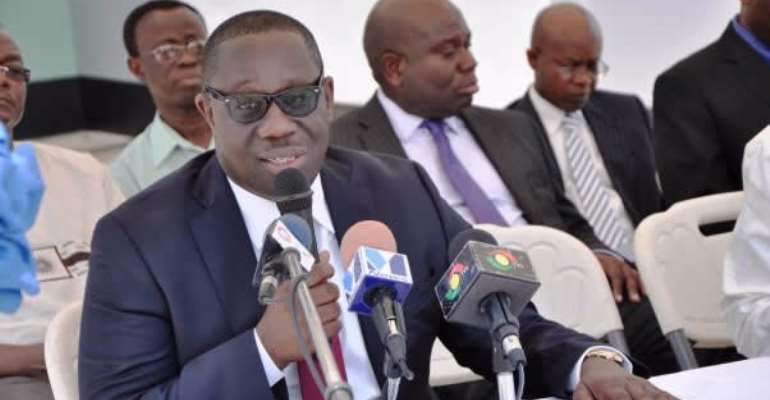 The others are former head of IT Department, Caleb Kwaku Afaglo; former OBS project manager, John Hagan Mensah and Juliet Hasana Kramah of IT Company Perfect Business Systems as well as Peter Hayibor the former General Counsel of SSNIT.

All five have been granted self recognisance bail.
Director-General of SSNIT, Dr John Kojo Ofori Tenkorang in August 2017 told Joy News the entire OBS was not functioning despite the huge money spent on it.

He said the non-functioning of the software was due to alterations made on it and some legal regime regulating their operations.

In an unprecedented move, the newly constituted board decided to publish these resolutions, which also included the decision to sack the former General Manager of the SSNIT Management Information Systems, Caleb Afaglo, who was found to have secured the top job with fake degrees.

But his predecessor, Ernest Thompson, dismissed the claim saying, he was aware only one module had challenges.

The initial cost of the software procured to automate processes at SSNIT was $34 million when it was awarded to Perfect Business Systems and Silver Lake Consortium in 2012. But this ballooned to $72 million.

Attorney-General, Gloria Akuffo on Tuesday told an Accra High Court presided over by Justice Henry Anthony Kwofie, Court of Appeal judge sitting as additional High Court Judge, that the activities of these individuals had led to a loss to the state, Joseph Ackah-Blay reported.