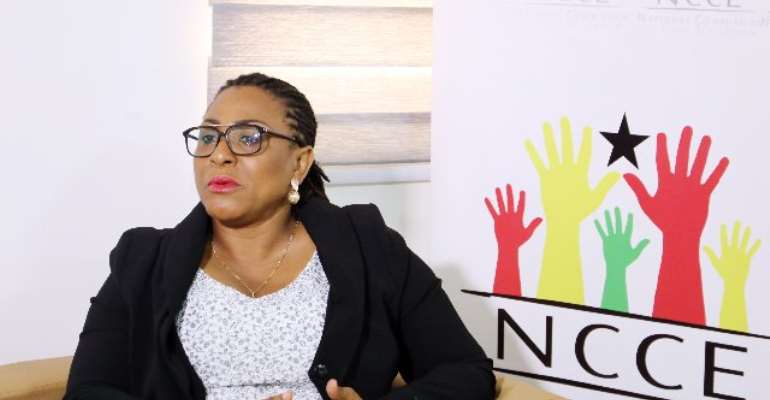 The Ghana Revenue Authority (GRA)’s tax compliance campaign received a major boost between May and June this year during the National Commission for Civic Education (NCCE)’s Citizenship Week.

At least over two million junior high students across the country went through various education, covering the environment and taxes, during the week-long activities.

Under the ‘Catch Them Young’ project, the students were taken through the Dos and Don’ts of tax payment and why it is mandatory for every Ghanaian to do so if they want to enjoy good social amenities.

The two-phased Citizenship Week partly funded by the GRA and European Union (EU) featured some noted personalities such as immediate past Electoral Commission (EC) boss, Mrs Charlotte Osei who interacted with the students in the course of the event.

In all, there were over 16,000 engagements at both public and private schools, NCCE boss Ms Josephine Nkrumah disclosed to the media on Monday.

“It was amazing and we are looking forward to things that generate a positive narrative for the children,” she said, adding volunteers used “simple scenarios” to convey their message to the students.

But for challenges such as the Ghana Education Service (GES) calendar and an unrestrained request by some volunteers for financial rewards, the Commission would have achieved its total coverage quota for the two phases which was 20,000 basic schools.

Buoyed by the relentlessness of the NCCE to achieve its yearly targets, Ms Nkrumah said the 2019 Citizenship Week would be bigger and make a better impact on the students.

“The message is going down, we are exposing them to certain things in the society and as funds will permit we will be going back to monitor their progress,” she said, thanking volunteers from the media and Junior Chamber International (JCI).

But the NCCE boss is optimistic the Commission’s partnership with the GRA this year is a “precursor” for a fruitful relationship in the future.

“There are further activities that we will be having with the GRA,” she added.